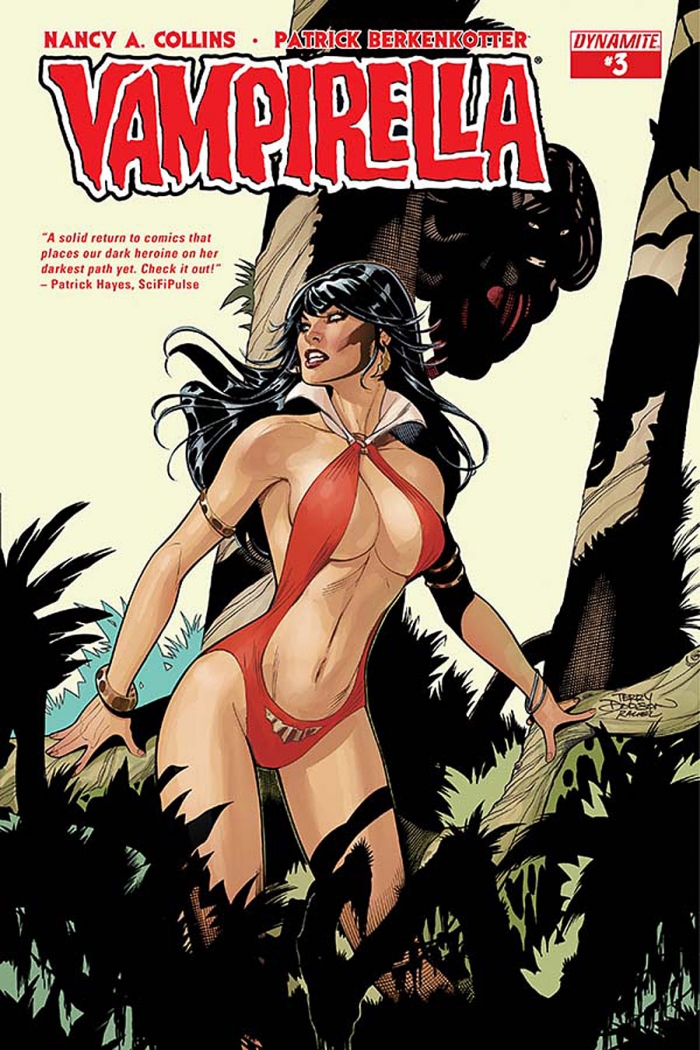 Dynamite Entertainment has provided us a preview of the new Vampirella comic.

After escaping the Witches Hammer–the Vatican’s elite monster-killing squad, lead by Father Nicodemus–Vampirella’s new-found ally, the Nosferatu known as Drago, reveals that the only way to lift the curse placed on her by Ethan Shroud that is slowly making her a living vessel for Umbra, Our Lady of Shadows and Bride of the Apocalypse, is for her to drink the blood of certain rare species of vampire. The first stop on their monster world tour is Thailand, where Vampirella must hunt down and kill a horrific creature known as the Krasue–which appears only at night as the head of a beautiful woman–attached to nothing but a heart, a pair of lungs and a mass of entrails!

Written by Nancy A. Collins
Art by Patrick Berkenkotter
Covers by Terry Dodson and Jenny Frison