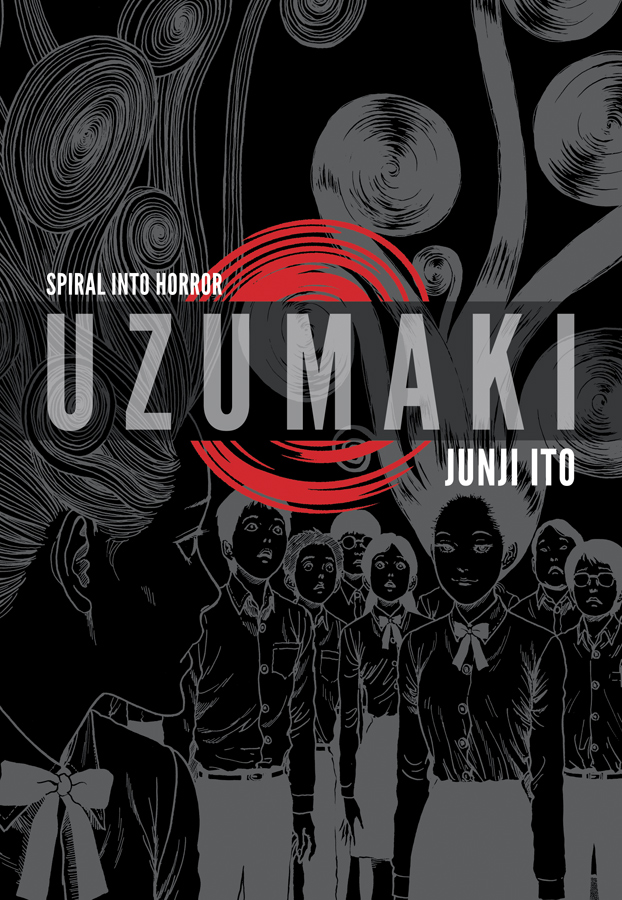 VIZ Media, LLC (VIZ Media), the largest distributor and licensor of anime and manga in North America, has announced the release of the UZUMAKI Deluxe Edition. The new 3-in-1 hardcover version of creator Junji Ito’s inventive horror manga (graphic novel) about the gradual decent into madness of a seaside town overrun with spirals features a new cover design as well as 12 pages of new full-color interior artwork.

The UZUMAKI Deluxe Edition, now available is published under the VIZ Signature imprint, is rated ‘T+’ for Older Teens, and carries an MSRP of $27.99 U.S. / $32.00 CAN.

Kurouzu-cho, a small fogbound town on the coast of Japan, is cursed. According to Shuichi Saito, the withdrawn boyfriend of teenager Kirie Goshima, their town is haunted not by a person or being but by a pattern: uzumaki, the spiral, the hypnotic secret shape of the world. It manifests itself in everything from seashells and whirlpools in water to the spiral marks on people’s bodies, the insane obsessions of Shuichi’s father and the voice from the cochlea in our inner ear. As the madness spreads, the inhabitants of Kurozu-cho are pulled ever deeper into a whirlpool from which there is no return!

“Junji Ito takes one of the most ubiquitous designs found in nature, the spiral, and uses it as the foundation for a truly terrifying story,” says Masumi Washington, Senior Editorial Director. “This beautiful new hardcover UZUMAKI Deluxe Edition is a wonderful showcase for Ito’s unique, eye-catching art style and also makes a fun and frightening addition to this year’s Halloween season. Readers will never look at the world around them in the same way ever again after reading this masterpiece from one of the most acclaimed creators of horror manga!”

Junji Ito debuted as a horror manga artist in 1987 with the first story in his successful Tomie series. UZUMAKI, drawn from 1998 to 1999, was adapted into a live-action movie, which was also released in America by VIZ Films and Tidepoint Pictures. Junji Ito’s influences include the classic manga artists Kazuo Umezu and Hideshi Hino, as well as authors Yasutaka Tsutsui and H.P. Lovecraft. Ito is also the creator of the celebrated horror manga story, GYO, which is published in North America by VIZ Media.

For more information on UZUMAKI, or other manga titles available from VIZ Media, please visit: www.VIZ.com.