Marvel Comics is publishing a Moon Knight annual in time for Halloween–and an extra-special guest-star brings the character full circle. Jack Russell–Werewolf by Night–will team-up with the Fist of Khonshu in Moon Knight Annual No. 1. Check out the stunning cover art–courtesy of cbr.com–on this page.

Longtime fans will recall that Moon Knight debuted in Werewolf by Night No. 32 way back in 1975, and now this annual will bring the two mysterious characters back together in a new adventure. The all-new annual–from writer Jed MacKay, artist Federico Sabbatini and cover artist Rod Reis–will hit comic book shops Oct. 26.

The comic’s storyline explains that, in the Darkhold, “there is a prophecy of how a god might die,” according to the synopsis. “Jack Russell, more familiar with that cursed tome than most, would like very much to kill a god and save his people–the people bound in servitude to the moon.”

Ah, but there’s a catch. To fulfill that prophecy requires the blood of the Fist of Khonshu–“and Moon Knight doesn’t bleed easily.” Sounds like a classic knock-down, drag-out battle is brewing.

MacKay said this annual “was the place to revisit some old history. Moon Knight has changed a lot since he first did battle with the Werewolf by Night–but so has Jack Russell. Having the opportunity to see how these two interact now, all these years later, has been a lot of fun.”

In other venues, Moon Knight, of course, recently wrapped up a limited series on Disney+ (will Season 2 follow?), and Marvel is planning a Werewolf by Night Halloween special starring Gael Garcia Bernal for this fall.

Keep reading Horror News Network for all updates on both Moon Knight and Werewolf by Night–both in comic book form and on the small screen. 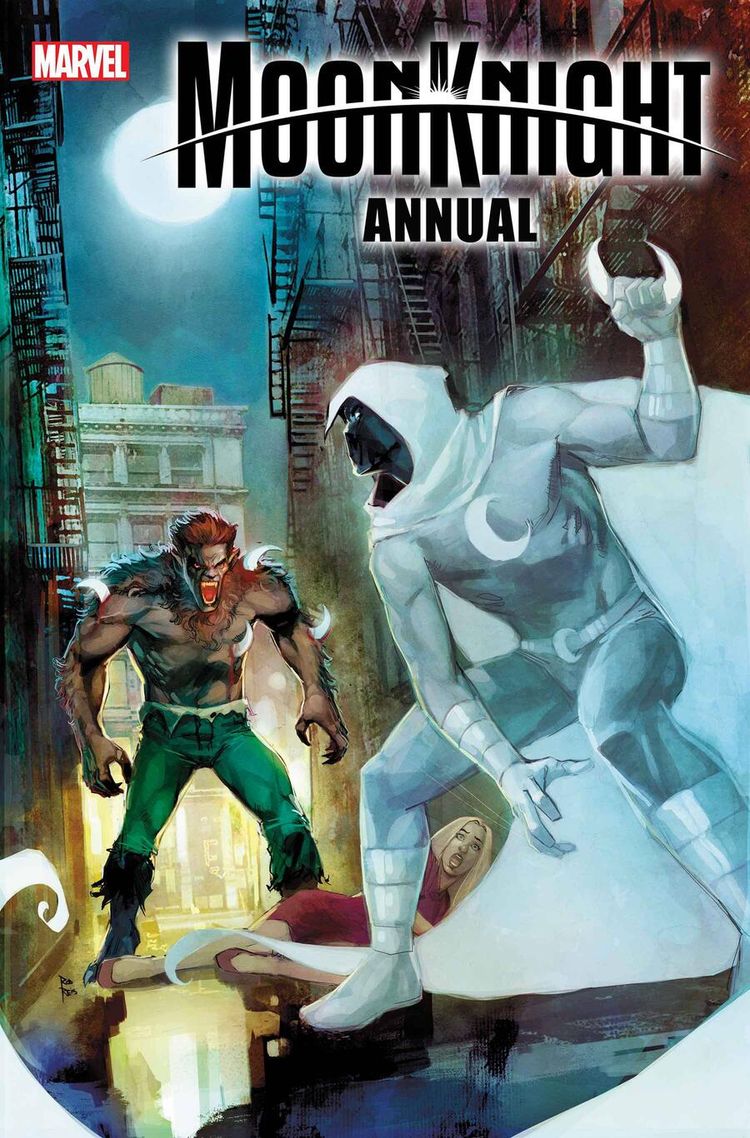