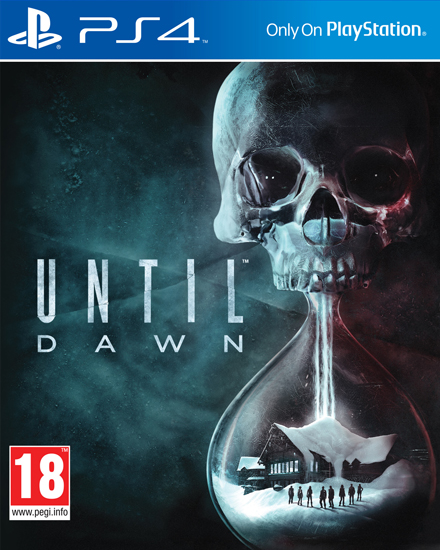 Synopsis: Eight friends trapped together on a remote mountain retreat, and they aren’t alone.  Gripped by dread, with tensions running high, they must fight through their fear if they all hope to make through the night in one piece.

Play as each of the eight characters and experience fear like you never have before. Every decision you make in your terrifying search for answers could mean the difference between life and death, but for whom? Your actions alone will decide who survives Until Dawn.

Our Thoughts: ‘Until Dawn’ is one of the best new horror games out there. It plays out like a horror movie, with you in the starring roles.

When eight friends gather at the location where two of their friends went missing, their lives become a true horror story. With each chapter, you play as a different character and must make decisions as that character. You must react quickly, as things go bad very fast.

Every decision you make effects the following scenes. The overall story has a guideline, but the twists and turns it makes are in your hands.

My main criticism of the game is that some of the characters can be pretty annoying. However, that is in line with many horror films, and you can choose who lives or dies.

The graphics are top of the line, since it is a Playstation 4 game after all. There are a number of cheap scares, as is often the case in horror, but the core of the story is truly terrifying. The creature element in the story is the very best part, and one of my favorite topics used in horror.

Many of the characters are graphically modeled after the voice actors that portray them, including Hayden Panettiere, Peter Stormare, Brett Dalton, and Rami Malek.  Needless to say, the acting is top notch for a video game.

You don’t need to be a particularly skillful player to play ‘Until Dawn’, and it’s heavy on cinematics more than physical in-game fighting.  The result is a game that is as fun to play as it is to watch another play. It is a truly unique horror gaming experience.

It has high replay value because you can replay chapters and change the outcome. This is even more useful of a format than past games which have this feature, such as ‘Silent Hill’, because you don’t need to replay the entire game to see more of it. You can go back and play particular parts you wish you had done differently.

I highly recommend ‘Until Dawn’ to fans of horror games. Even if you aren’t that into games, this game is worth playing because it is so much like watching an actual horror film.