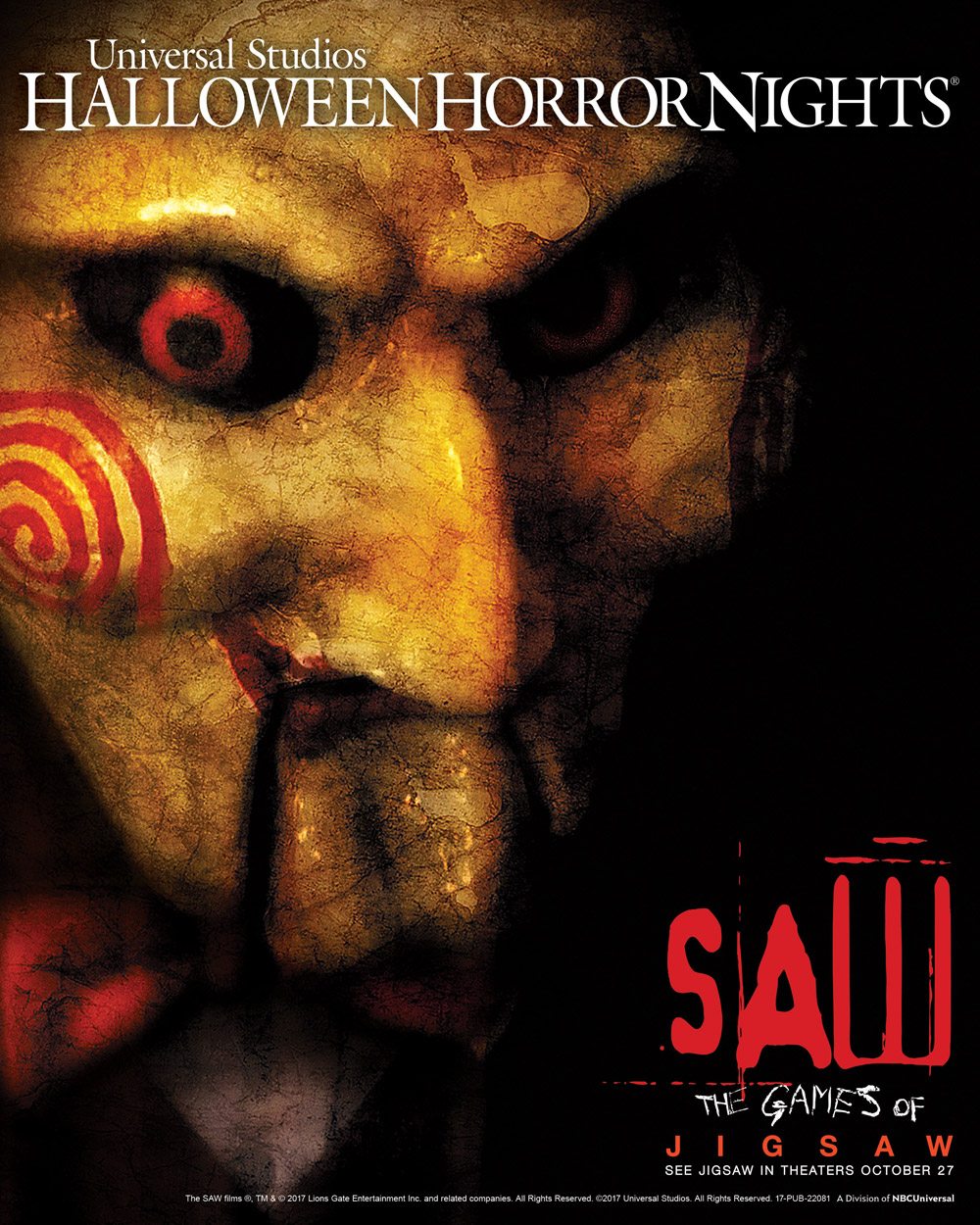 John Murdy, Creative Director at Universal Studios Hollywood and Executive Producer of Halloween Horror Nights said that “SAW is one of the top grossing horror film franchises, and we’re thrilled that the fan-favorite is making its return to ‘Halloween Horror Nights. ‘SAW: The Games of Jigsaw’ will encompass the greatest collection of traps featured in all eight SAW movies to bring to life the most twisted SAW maze ever produced, and we can’t wait for our fans to relive moments from the films.”

The house will be especially topical this year due to the release of Jigsaw, the seventh film in the franchise (and the first since 2007) on October 27th.

Saw joins the already announced Ash vs Evil Dead  house, the perennial American Horror Story house, as well as the highly-anticipated house based on The Shining.

The event takes places from September 15th to November 4th on select nights.