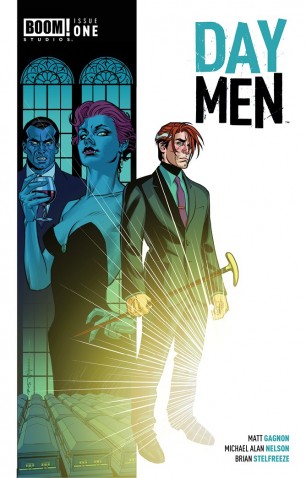 Deadline is reporting that Universal has optioned recently released BOOM! Studios comic Day Men. Boom!’s CEO Ross Richie and Stephen Christy are attached as producers on what could turn into a new action-horror franchise for Universal a la rival genre franchises Blade or Resident Evil.

The comic is described as: For thousands of years, the world has been controlled by the “50 Families” — a secret network of vampire covens engaged in a timeless struggle for power. But when the sun rises, the vampires are forced to employ the services of a human who acts as their daytime fixer and protector…Trained for centuries to be the mortal soldiers of their vampire employers, the Day Men go forth at sunrise, alone into the world, to do the bidding of their sleeping benefactors.