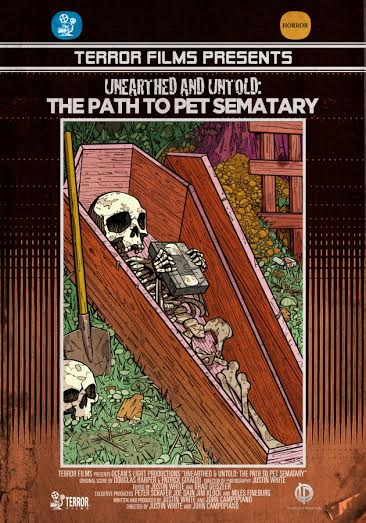 Synopsis: A thorough examination and reminiscence on an underappreciated horror film.

Our Thoughts:  1989 was not the best time for horror film fans.  The early 80’s slasher genre was all but dead, the innovative directors of the decade were starting to slow down, and a plethora of questionable sequels like Friday the 13th Part VIII: Jason takes Manhattan and Nightmare on Elm Street 5: The Dream Child filled your local multiplex.  This is not to say that I didn’t see these films; in fact, I saw pretty much all of them in the theater.  As a junior in high school who was obsessed with heavy metal and horror, it is pretty much a certainty that if you could get in a time machine and travel back to 1989, you would invariably find me and my friends at the theater on opening night, along with the raucous teen audiences who made even these “lesser lights” of the horror genre successes.

Friday, April 21st of that year would be no exception.  I can recall the typical Friday night ritual of this night fairly accurately.  It involved a trip to Ponderosa for a cheap steak with a buffet/salad bar combo and a walk across street to the local UA Theater for the 9:30 showing of Pet Sematary.   The theater was packed and we were forced to sit closer to the screen than we would have liked.  I was more hopeful than usual that this film would deliver the horror goods, being based on a Stephen King novel.   I was not disappointed, but the film did not start well for me.  Due to a combination of factors (the Ponderosa meal, too much butter on the popcorn, or the proximity to the screen), when  Brad Greenquist’s character Victor Pascow appeared on the gigantic screen with his head smashed apart, I started to get sick.  Somehow I fought the urge to vomit, and I stayed for the rest of the show which turned out to be one of the more disturbing and scary films of that late decade.

The filmmakers of the new documentary Unearthed & Untold: The Path to Pet Sematary must have felt the same way as I did about this film, because it certainly appears to be a labor of love for an underappreciated horror film.  The documentary focuses on the entire process from the origins of the novel and the pre-production, to the tales of on-the-set antics and movie magic.  The fact that the directors John Campopiano and Justin White were able to put the entire story of this film together without footage from the actual film is a true achievement.  Most documentaries that attempt to tell the story of a film without the source material come off as amateur “fan-made” videos.  With Unearthed, it is barely noticeable due to the amount of archival footage and interviews with the cast and production crew.

Aside from King and the late Fred Gwynne, almost everyone involved in the production helps weave the tale of an ambitious and well-planned film.  Director Mary Lambert is particularly insightful, sharing set stories and also the motivation that went into choices that made the film a success.  She details everything from casting a male actor Andrew Hubatsek to play the horrific Zelda Goldman, to the conditions of the 1988 Writer’s Strike that allowed the production to start in the first place.  Lambert, who was primarily known for making Madonna music videos such as “Like a Prayer”  and “Material Girl”, did not work in the film industry much after this job (other than the forgettable sequel),  and it is unfortunate that she did not have the chance to work with the same high quality script and cast again.

All principal actors as well as the local Maine extras are interviewed and each adds varying degrees of insight and humor to the documentary.  Dale Midkiff and Denise Crosby detail much of the production as the mother and father of the Creed Family.  Gage Creed, the at times cherubic and demonic child, played by Miko Hughes also discusses what life was like on the set for a child actor and how his memories of the events and film have changed over the years.  The entire cast’s reflections on the late Fred Gwynne (of Herman Munster fame) are particularly poignant and they all give much of the success of the film to his contributions as an actor and mentor to many of the members of the crew.

No stone (or grave) is left unturned in this documentary.  Some highlights include the details and stories related to the misspelling of the word “Cemetary”, the extensive make-up and special effects (which my stomach “fondly” remembers), and how the Ramones were included in the score and the story behind the title track.  I would not be surprised if the success and quality of this documentary leads to a long-overdue updated blu ray edition of the feature film and I hope that Campopiano and White turn their attention to other genre gems of the 80’s.

The special edition film (now sold out) will be released by Terror Films this July, but the regular edition blu ray will be released during the Halloween season in October.  For more information, visit: https://terror-films.myshopify.com/