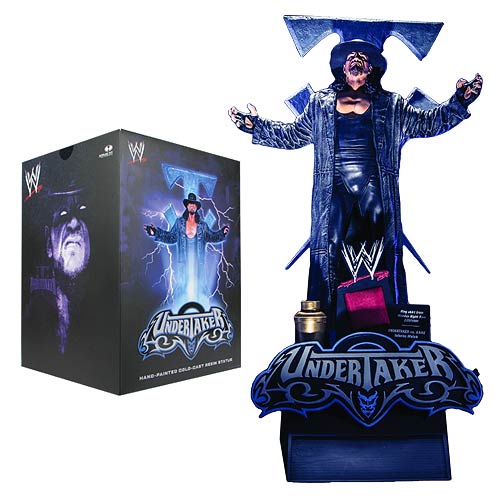 Captured as he appeared in the Undertaker vs. Kane Inferno Match on Monday Night Raw in February, 1999, it’s the WWE Undertaker 14-Inch Resin Limited Edition Statue! This ridiculously cool looking cold-cast resin statue measures 14-inches tall, and each statue is equipped with an authentic piece of ring memorabilia. Each WWE Undertaker 14-Inch Resin Limited Edition Statue is individually and sequentially numbered, and includes a certificate of authenticity.