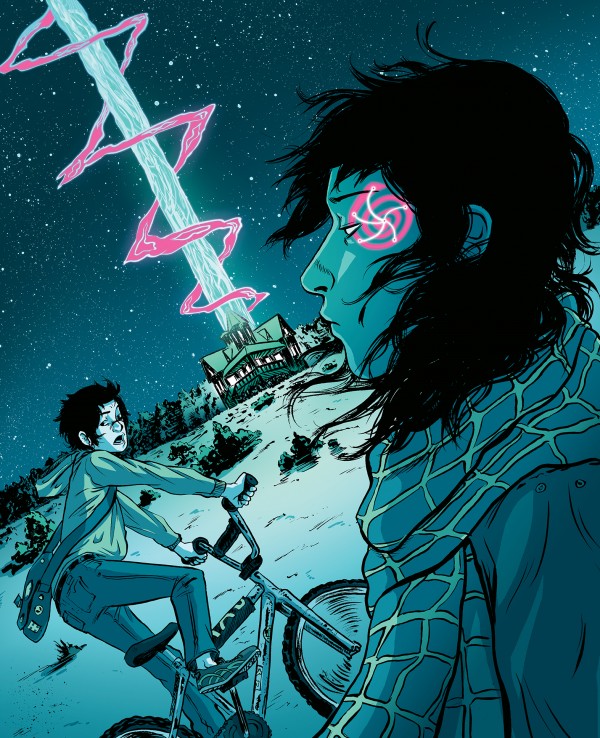 Becky Finch never wanted to be special. She just wanted to be a normal high school student in the small, Midwestern town of Mukawgee. Malcolm Chamber wanted something more. A destiny. An answer from the stars. When Becky is marked by an alien’s touch, she’ll stumble into a mystery she never wanted. A mystery that almost ripped apart their parents’ lives 12 years ago. She’ll need the help of her eccentric young classmate, Malcolm, as she finds the power within herself to uncover the truth.

What does every small town in the midwest need? Aliens! Also, mysteries! The two combine in UFOlogy #1, where the shadow of a past tragedy looms heavily over the tightly knit community. The story follows teenagers Becky and Malcolm as they stumble over a moderately well-kept secret.

While the writing is solid, it takes a while for this book to hit its stride. The first two thirds of the book set the scene, but there’s not really a hook or anything unique about the town to draw in a reader. The last third of the book is when the UFO part of the title comes into play, and it is out of this world.

The art is dreamy and somewhat surrealistic, reminiscent of Twin Peaks. Movement is dynamic, and the later spookiness pops off the page. There is one problem that majorly detracts from the story: the two main characters look almost exactly the same. It would take me up to three pages at any given time to figure out that the point of view had switched.

Overall this is a solid book that’s clearly going places – maybe not Jupiter or Alpha Centauri quite yet, but I’m sure it will be a fun ride.