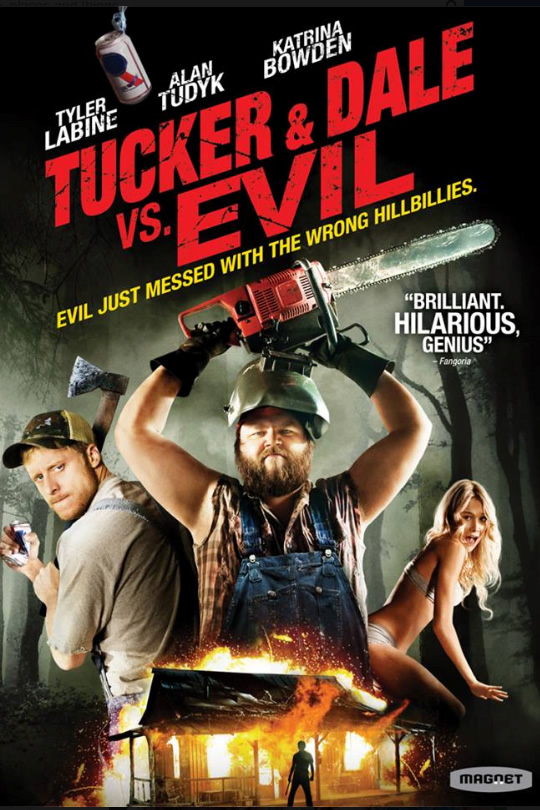 At Horrorhound Weekend, the stars of the original Tucker & Dale vs. Evil, Tyler Labine and Alan Tudyk announced that a sequel to the 2010 horror/comedy is currently in development.

The original Tucker & Dale vs. Evil was described as:
Tucker and Dale are two best friends on vacation at their dilapidated mountain house, who are mistaken for murderous backwoods hillbillies by a group of obnoxious, preppy college kids. When one of the students gets separated from her friends, the boys try to lend a hand, but as the misunderstanding grows, so does the body count.