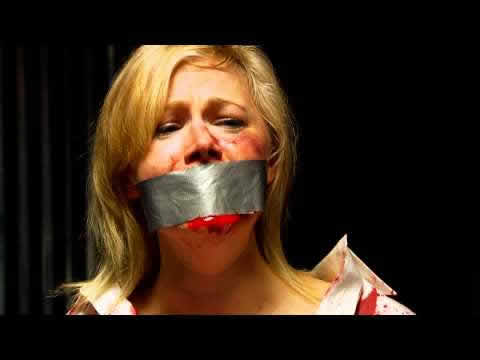 Jessica Cameron: I actually greatly prefer acting, and producing to directing. In my opinion you can not do both (or all three) without some level of sacrifice since they all conflict. I love the creative challenge that is involved with bringing a character to life, the ability to explore all the little things that make that character.
As a director, you have to do that with every character, and then convey that to your actors. So its similar but very different at the same time. It was not an easy transition since I enjoy being the character so much. It was also really challenging to go back and forth as an actor and director. It was constantly requiring me to flip back and forth, which made the process a lot less fun then it could have been.

Horror News Network: The movie centers around college kids pretty much starting a pretty twisted internet truth or dare game, but then, of course it all goes wrong. What was the inspiration behind that? Was there any sort of socialcommentary on the huge role social media plays and the potential dangers that it can pose?

Jessica Cameron: It all started with the villain Derik B. Smith. He's that guy everyone knows in LA…a failed actor who is desperate for fame, money, etc and he snaps. It is definitely a bit of social commentary on social media, the virtualworld, the false perception of fame, etc. I am so involved in that world, I see it everyday. People who have fame/success/money and those who want it. Those that have earned it, and those who fell into it. I routinely deal with the false perceptions of it in my world, and its a shame. The real world is just so much more fun to be in!!!

I have always wanted to tell a horror version of this game that I used to play, when I was a child I would be afraid when playing it that one of my friends would dare me to stab my hand with a pencil or something, luckily that never happened, but I thought about it a lot!

Horror News Network: The film looks pretty gritty and gorey. What can horror fans expect in terms of actually being scared?

Jessica Cameron: This is definitely a violent torture flick, it's the type of horror film that will make you squirm in your seat, not necessarily jump out of it. : )

At the test screening in Calgary the audience said that they felt really scared for the main characters. With torture flicks its a different type of fear/scare then with other types of horror films. For many the audience fears what is around the corner, but we don't have any corners in our film (literally most of the film takes place in one room) and the audience is fearful of what is right in front of them and what could happen next.

Horror News Network: You co-wrote the film with Jonathan Scott Higgins. What was the collaborative process like?

Jessica Cameron: So let me start this off by saying that I am not a writer, at all. Jon was great about putting my broad ideas down onto the actual paper. We would brainstorm all these ideas and then when you have all these pieces you just sort of see what fits where. He honestly did most of the writing, I just threw my ideas in and character stuff that came from I wanted them all to be interesting and for it to be a challenge for the actors to play them.

Horror News Network: You are obviously no stranger to the horror genre. What or who are some of your horror influences?

Jessica Cameron: The Soska sisters! Seriously. When my team suggested I direct "Truth Or Dare" I literally thought to myself "you know what, if the Soska Sisters can do what they did with their first film "Dead Hooker in a Trunk", then I can directTruth Or Dare!" I am so impressed with these gals – their drive, dedication, ambition and connection to the fans is simply amazing. I love how they keep making original content, and how on top of everything involved with film making they are.

Jamie Lee Curtis is an actress I greatly admire. She is not only the original Scream Queen, but I love how she has done so many types of characters and films. She really puts herself outside of the box that Hollywood was trying to force on her and I adore her for it!

Danielle Harris too. She is the B movie queen of today. I greatly respect the fact that she has continued to work predominately within the horror genre. She started acting at such a young age, and to see her still involved with the business is great.

James Wan ! "Saw" is one of those films that changed my expectations for all horror films. It was also a huge inspiration in "Truth or Dare." I am excited to see him progress and get to work on other projects.