On Saturday, July 31st, our friends at Trick Or Treat Studios held their “Comic Con At Home” streaming event.  The video, which can be accessed by clicking on the video below, ran through the history of the company with founders Justin Mabry and Chris Zephro, along with interviews with some of the key contributors and designers at Trick Or Treat.  But this was a summer Comic-Con event after all, so the highlight for all horror fans and collectors were the killer new product reveals.  Several existing franchise licenses, along with a few new and unexpected ones, will see new statues, action figures and busts throughout 2021 and well into 2022.

While none of these new pieces are yet up for pre-order, keep checking the Trick Or Treat Studios website and follow them on their various socials for more details on the official release dates.  These awesome collectables will be worth the wait! 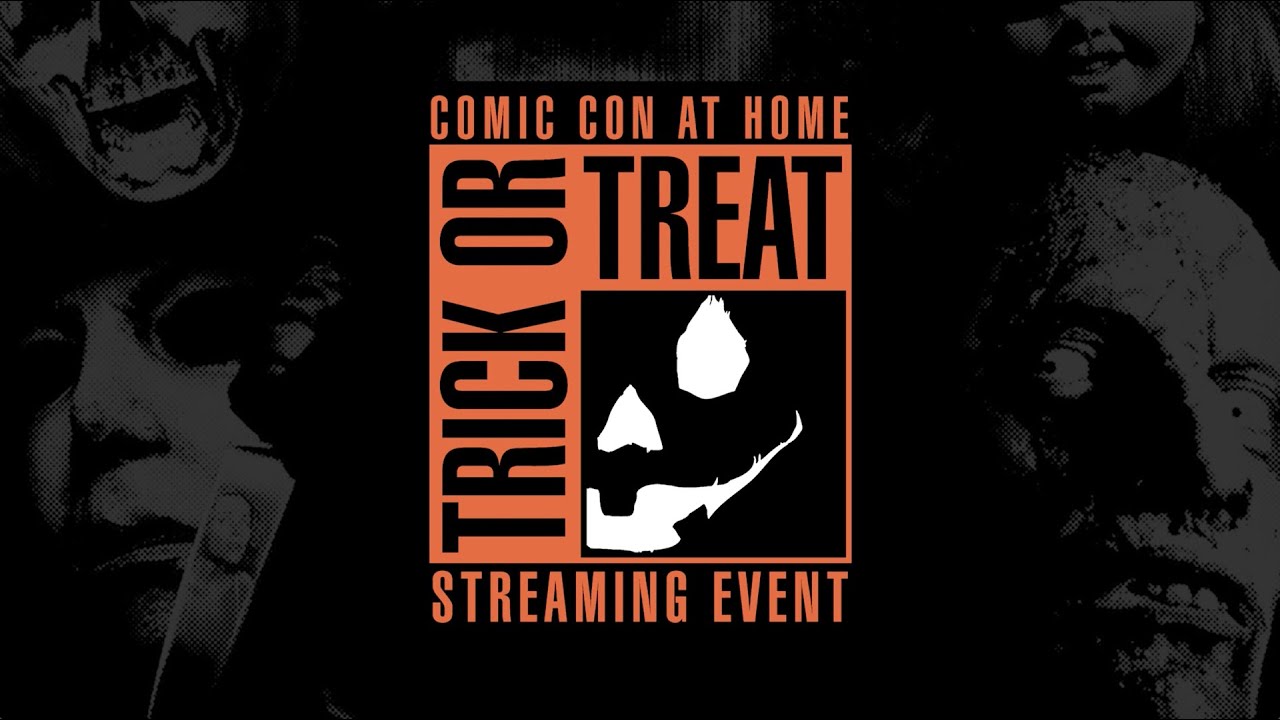 Fully pose-able Mogwi’s will be invading your town soon!  Three more Gremlins characters will be hitting the market beginning next year, all in the same scale as the two announced earlier this year (George and Mohawk.)  Designer Russ Lukich actually obtained authentic Rick Baker-produced props and Gremlins replicas from the films, and based the Gremlins 2 line on their exact likenesses.

While the “finger licking, pistol whipping” retro-style Captain Spaulding figure was announced last month (shipping in November), we now know what the retro-style packaging will look like.  And of course what’s a carded figure without shots of the rest of the line on the back?!?  Be on the lookout for the other four characters, as pre-order dates will be announced later this year.

We were treated at New York Toy Fair 2020 to the official unveiling of a line of 6” action figures in the pipeline by Trick Or Treat, complete with the prototypes for the full first wave assortment.  At the time a Michael Myers figure for Halloween 1, 4, 5 and 2018 were unveiled, but now you can add these cool likenesses of the Myers boy from Halloween 2 and Halloween 6: The Curse of Michael Myers to your toy shelf.  Each comes with multiple weapons and hands (and even a bloody eye socket head for part 2!) that make posing these pieces a cinch.

Yet another addition to the 6” line is this highly detailed figure of Sam from Trick ‘r Treat, complete with a wide array of weapons, hands, a sidewalk base and multiple heads.

We’re sure everyone is familiar with those very creepy pictures of children in the early 1900s in their Halloween costumes, haunting both the dreams and waking lives of the millions who stumbled upon this nightmare fuel.  Teaming up once again with artist William Paquet, who was the genius behind the recent zombie bust line, Trick Or Treat is releasing a 3-piece set of Halloween children from the turn of the century in all of their ghoulish glory.  Titled “The Ghosts of Halloween”, these kids will make you think twice about ever opening your door for trick-or-treaters.  Doyle, Gunner and Teddy are ready to invade your safe spaces later this year, and I for one cannot wait.

Trick Or Treat Studios is becoming synonymous with Chucky dolls, and this summer they unveiled the “Ultimate Chucky” piece.  This “life-size” (for a child’s doll) killer piece will be interchangeable with multiple heads, hands and weapons to authenticate any pose from the sequels you’re looking for.  The gory shredded face head is absolutely insane and incredibly detailed!  More news will be released in the coming months about the release of the first sets of accessories.

And that’s not all as Creative Lead Sam Furst also announced the launching of the “gaming division” at Trick Or Treat Studios, to be headed by Zephro.  The initial table-top game to get a release is “Blood Orders”, a vampire game in the vein of Dungeons & Dragons.

And speaking of D&D, it was announced that the studio had teamed up with artist Chris Williams for a line of D&D busts and related products.  More will be announced throughout the year on that.

Stay tuned to HNN for more news on horror-related online summer conventions as it breaks!

Trick Or Treat Studios Rolls Out Sam Figure Next Year

New ‘House Of 1000 Corpses’ Figures Roll Out In February