Don Wildman has spent the majority of his career on television investigating some of history’s greatest oddities through his long-running series Mysteries at the Museum.  Many of the episodes veer towards the paranormal and mysterious, while others are focused on forgotten or unknown occurrences in history.

Wildman’s new Travel Channel series Buried Worlds (debuting on June 8 at 9 P.M. E/T) makes “no bones” about the nature of its investigations, with an exclusive focus on the paranormal and bizarre mysteries from around the globe.  Wildman spoke to Horror News Network just days before the debut of his news series and detailed what it takes to enter the world of the paranormal with a historical sensibility.

Horror News Network: You’ve been involved with the Travel Channel for many years as the host of Mysteries at the Museum and a number of spin-offs.  How did the idea for Buried Worlds come about?

Don Wildman: The idea evolved over time. We were looking for something that would get me out in the field again and we discussed how to use a historical context in the new paradigm of the channel, with Travel Channel’s current focus on the paranormal.

I don’t have a background in the paranormal, so Buried Worlds was a chance to marry my interests with the world of the paranormal.  The new program is a first person look at some extraordinary topics and locations and eras in history.  We spent about six months in locations across the globe, from Honduras to Peru to Bulgaria, researching and exploring.  I was like a fly on the wall, an interloper, in worlds that are so big and diverse.

The real upshot of the experience was talking to so many people that were invested in these studies and worlds.  In most ghost hunting shows, they are set up as a first person protagonist vehicle, where they set up the investigation, then investigate, look over the evidence.  We find people like this to work with on Buried Worlds, but we also consult with academic experts and experts on folklore, and in doing so, each episode gets to the heart of the matter.

I do my share in the show to figure it out.  I always lived with a great curiosity of the unknown, and grew up watching horror movies and reading Poe, and I always wanted those real experiences.  I always wanted to see a ghost, and wished I could, but I haven’t yet.

HNN: How did you go about selecting topics for the episodes and investigating them?

Wildman: With each topic, we were trying to tell big historical stories.  For example, when we went to Peru, we shuffled around and got the archaeological story of the Inca of course, who were a group that absorbed smaller, older cultures into their culture, and we tried to dig into those earlier cultures.

We examined the recently uncovered site of the largest child sacrifice ever discovered and talked to the person who found it, and delved into the science and history behind it.  You can’t get the real story without delving into the history of a place, and the trip to Peru certainly showed this. 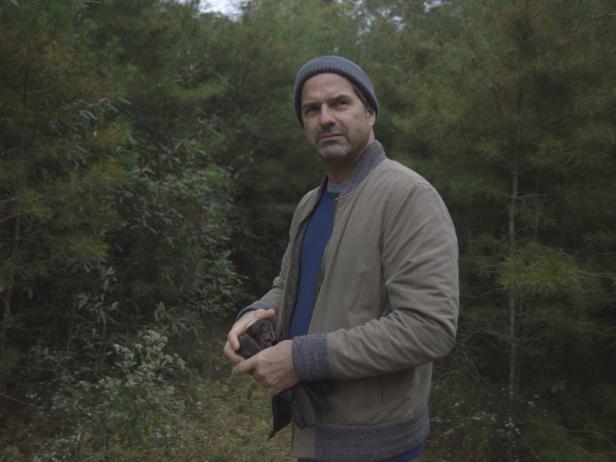 HNN: Was it difficult to explore these ancient topic and locations with a 21st century mindset?

Wildman: I don’t think I have a 21st century view of the world, so it wasn’t difficult.  The views of these cultures that we dive into on Buried Worlds had a pre-science world view where the normal was the paranormal.  In three hundred years, our outlook on the world will be simplistic.  I think we are the time period that is the intermediary between pre-science and post-science, and that we will see some huge advances in knowledge and understanding two hundred years from now.

The command that we like to believe we have over the universe, that we of course don’t have, is not too far away from the ritualistic states of mind and superstitions that many of the cultures we examine on Buried Worlds had.

HNN: Speaking of which, the first episode of the series deals with an investigation of one of the most famous ancient beliefs, the belief in the vampire.

Wildman: Yes, it is the first episode of the season, but it was actually deep into the shooting schedule, so we were all cruising.  Once we visited the village in Bulgaria, I realized that I was projecting my idea of what a vampire is onto their understanding of what a vampire is.  What I found were some really intelligent people that believe in vampires, and not the ones I was thinking about like Count Dracula.

When you do these type of shoots and spend days with the people in each location, after a 12 hour shoot, you either really like them or you can’t stand them.  The vast majority of the time, you end up bonding with them.  The vampire hunters were unique fellows in search of malevolent forces that impact people and communities.  To them, the vampire is a more spiritual being or force that can bring sickness to a place.  They concentrate on looking for the source of the problem and the evidence that brings the investigation to a weird, creepy, dark place.  It redefined my views about vampires and the beliefs in this region of the world.

HNN: Were there any aspects of the investigations that you were surprised by?

Wildman: Yes, the episode called “The Nazi’s Supernatural Weapons” focused a lot on how the Nazis investigated all sorts of supernatural powers, and one was witchcraft or black magic.  The Nazis were trying to remake the modern world that suited them, and yet they reached back to the paranormal world of witches.  It seems like a strange mixture, and one that is only a decade ago.

I was also shocked to see the amount of carefully preserved accounts of witch trials that we found in Berlin.  There are just thousands of them.

HNN: Was there any moment during the filming that you were actually scared?

Wildman:  Yes, sometimes you get into a state of mind that you just don’t expect.

When we were in Virginia investigating what happened to the lost Roanoke colony, I was in the forest and only a few feet to my right I heard steady human footfalls and no one was there.  I told my producer and he said “Oh, it was probably just a hunter.” The sounds were exactly what the people in the town described hearing in the same location.  It was certainly a creepy moment!