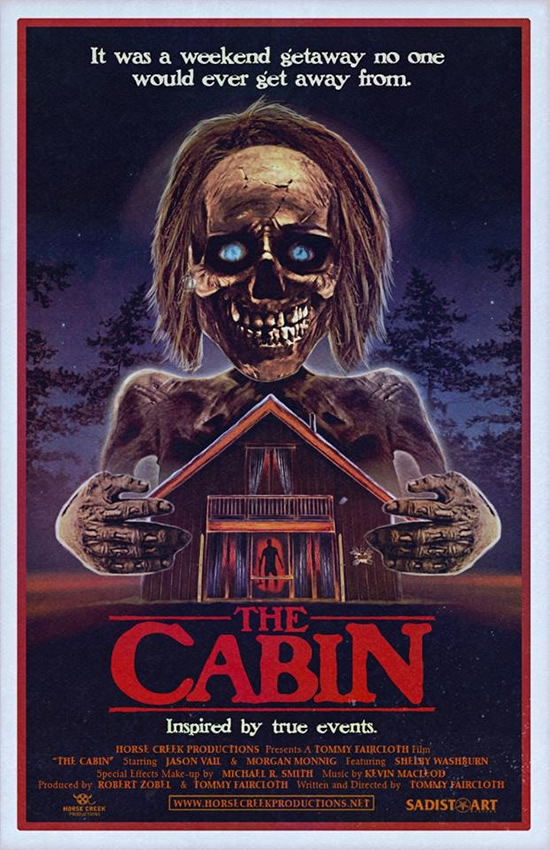 Trailer Revealed for The Cabin

The award winning horror short, The Cabin has revealed it’s trailer on Vimeo.

Laura meets John on an online dating site. After a few dates he invites her to his vacation cabin in the mountains. Laura ignores the warnings from her friend, Ashley, about it being too soon to go away with a guy she just met. Once at the secluded cabin, Laura begins to notice strange behavior changes in John. She also begins to be drawn to the crawlspace under the cabin. Is any of this real? Is this all in her head, or is there a deeper, darker secret to be uncovered?

The Cabin premiered August 1 at the San Antonio Horrific Film Fest where it won “Best Short”.  It has played at 18 festivals since then and we have also won best short at Freak Show Film Festival, Fear Fete Film Festival, Wilson College Horror Film Festival, and Scared Stiff Halloween Film Festival.  Jason also won his first award for acting for “Best Actor” at Fear Fete for his role in The Cabin.  I have also been picked up for Shorts International’s cable network, ShortsTV.  The Cabin will be broadcast on that channel worldwide in 2014.

Here is a link to the trailer: