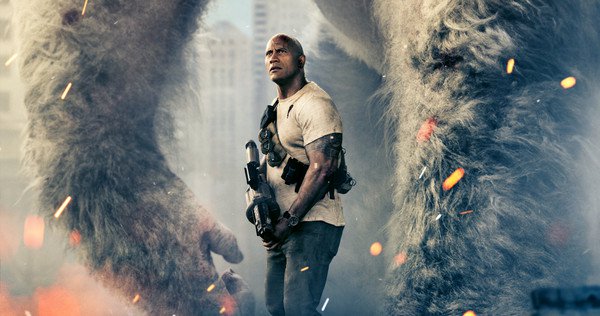 The trailer for Brad Peyton’s video game adaptation of Rampage was released today and promises all of the building smashing you remember from Bally’s coin-operated hit.

In April, HNN reported on the plot details (as provided by SplashReport.com), stating that “Three canisters…crash land on Earth. One lands in the gorilla enclosure at the San Diego Zoo, the other in the plains of Wyoming and the last one in the Florida Everglades. The Griffin Technologies Group, headed by two siblings (Malin Akerman and Jake Lacy), tries to destroy any evidence of wrongdoing before the government finds out. It’s too late because the canisters have infected a gorilla named George, a wolf in Wyoming and an alligator. They start evolving and growing exponentially. To cover their track, the Griffin idiots decided to unleash a beacon that will make all three large animals head toward one destination: their head office located in the Willis Tower in Chicago.”

Dwayne Johnson quickly comes to the rescue as an “ex-marine who’s now a primatologist that raised George(the ape) at the San Diego Zoo. He taught the ape sign language, and they share a special bond.”

The film will be released on April 20, 2018 and you can check out the first trailer below. 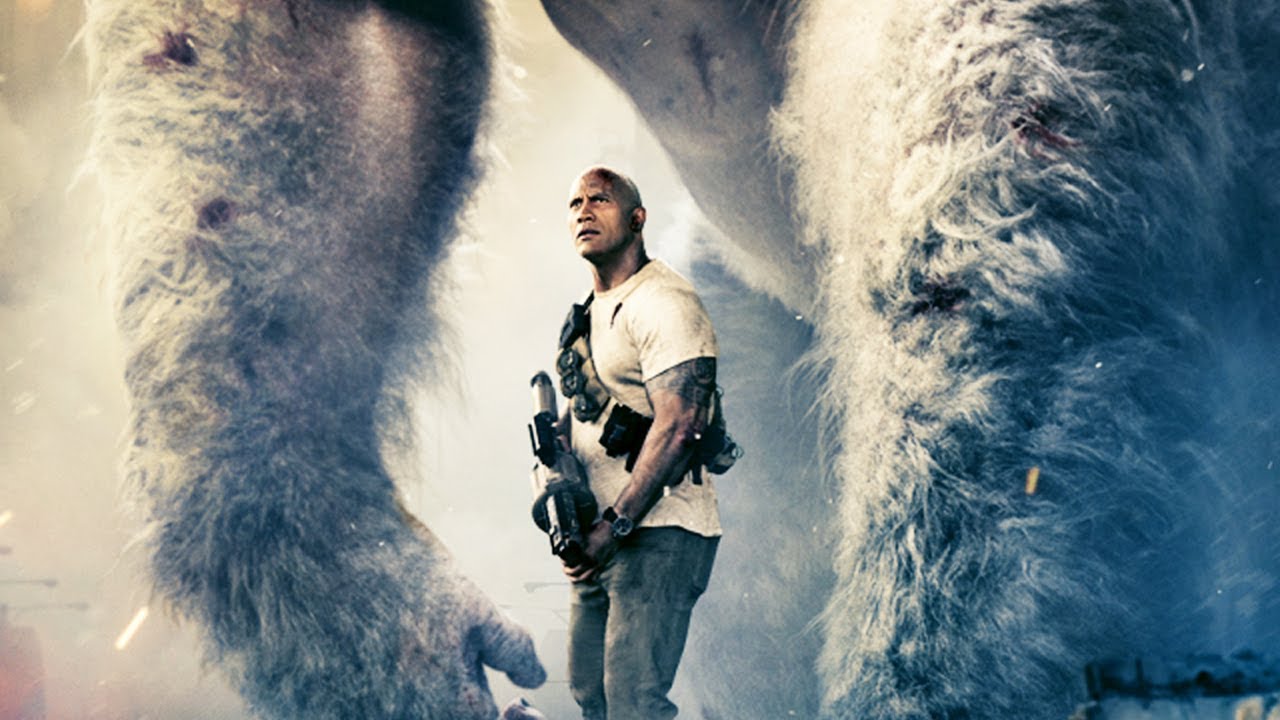