Drumroll, please! The latest addition to the survival horror game arena is almost here–and Capcom is stirring the pot by releasing yet another trailer to herald the debut of Resident Evil Village.

This 10th major installment in the Resident Evil video game franchise will hit stores May 7 for Windows, PlayStation4, PlayStation5, Xbox One, Xbox Series X/S and Stadia, as reported by comicbook.com. And check out the video on this page to get a small taste of the chills ‘n thrills to come.

As the trailer shows, Resident Evil Village–a first-person perspective game that acts as a sequel to Resident Evil 7: Biohazard–features protagonist Ethan Winters brandishing shotguns, sniper rifles and even a silver dagger–which will come in handy against the werewolves prowling around this game.

The new game’s storyline, as explained by Capcom, is set a few years after Biohazard and finds Winters living quietly with his wife Mia and daughter Rosemary when Chris Redfield pops up, kidnaps him and spirits him away to a mysterious European village.

As Winters tries to escape and rescue Rosemary, he is confronted by the menace of the supernaturally tall vampire Lady Alcina Dimitrescu and a character known as Heisenberg. And that’s when the action gets hot and heavy.

Peter Fabiano, the game’s producer, painted a rosy picture of Resident Evil Village, calling it “an accumulation of all the best elements of Resident Evil games from the past 25 years–with everything fans love about survival horror, plus new surprises.”

Keep reading Horror News Network for any and all revelations from the ever-expanding Resident Evil universe. 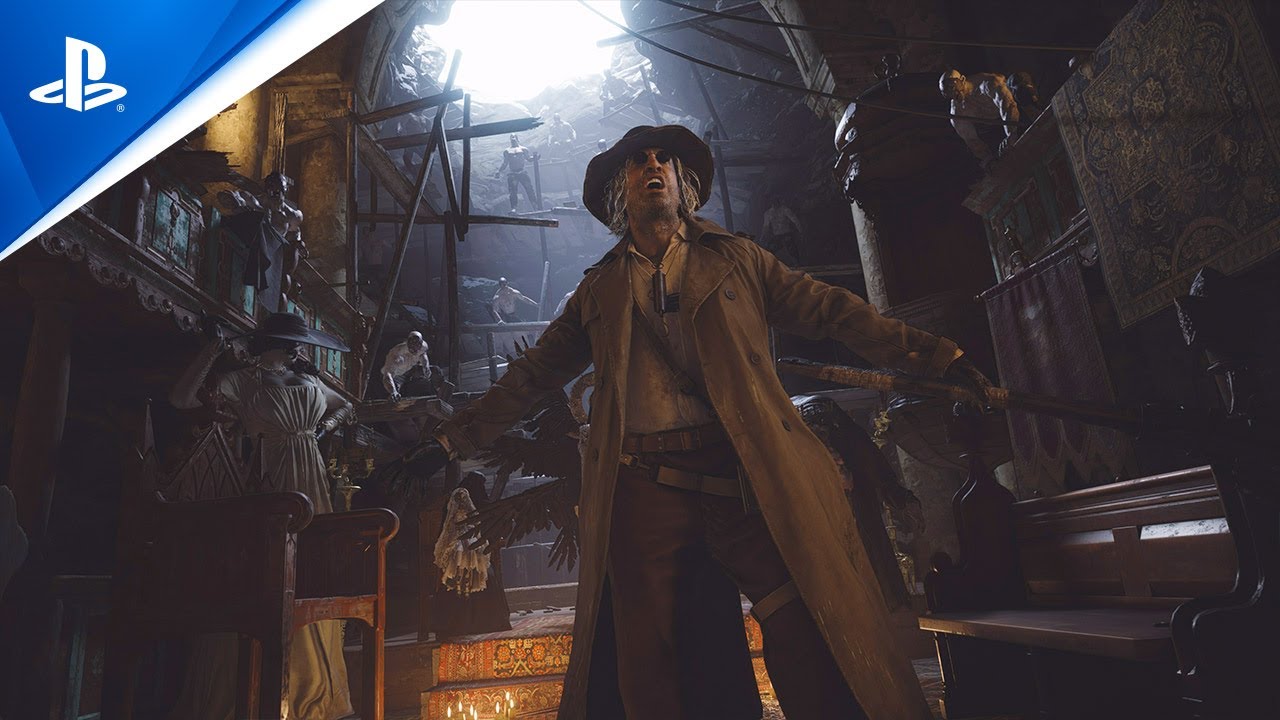