Who knew that aliens were party poopers?

Kids Vs. Aliens--a horror-s/f pic that hits the big screen, on-demand and digital in a month (and then Shudder later in the year)–this week unveiled a trailer and poster. Check out the horror goodies–courtesy of Collider–on this page.

The RLJE Films feature–directed by Jason Eisener from a screenplay he wrote with John Davies–lands in theaters and homes Jan. 20, 2023.

In the film, all Gary wants to do is “make awesome home movies–and all his older sister Samantha wants is to hang out with the cool kids,” according to the synopsis.

But things get a lot more lively when their parents go out of town one Halloween weekend, and the siblings throw a party “that turns to terror when aliens attack, forcing them to band together to survive the night.”

Keep reading Horror News Network for any further updates on Kids Vs. Aliens. 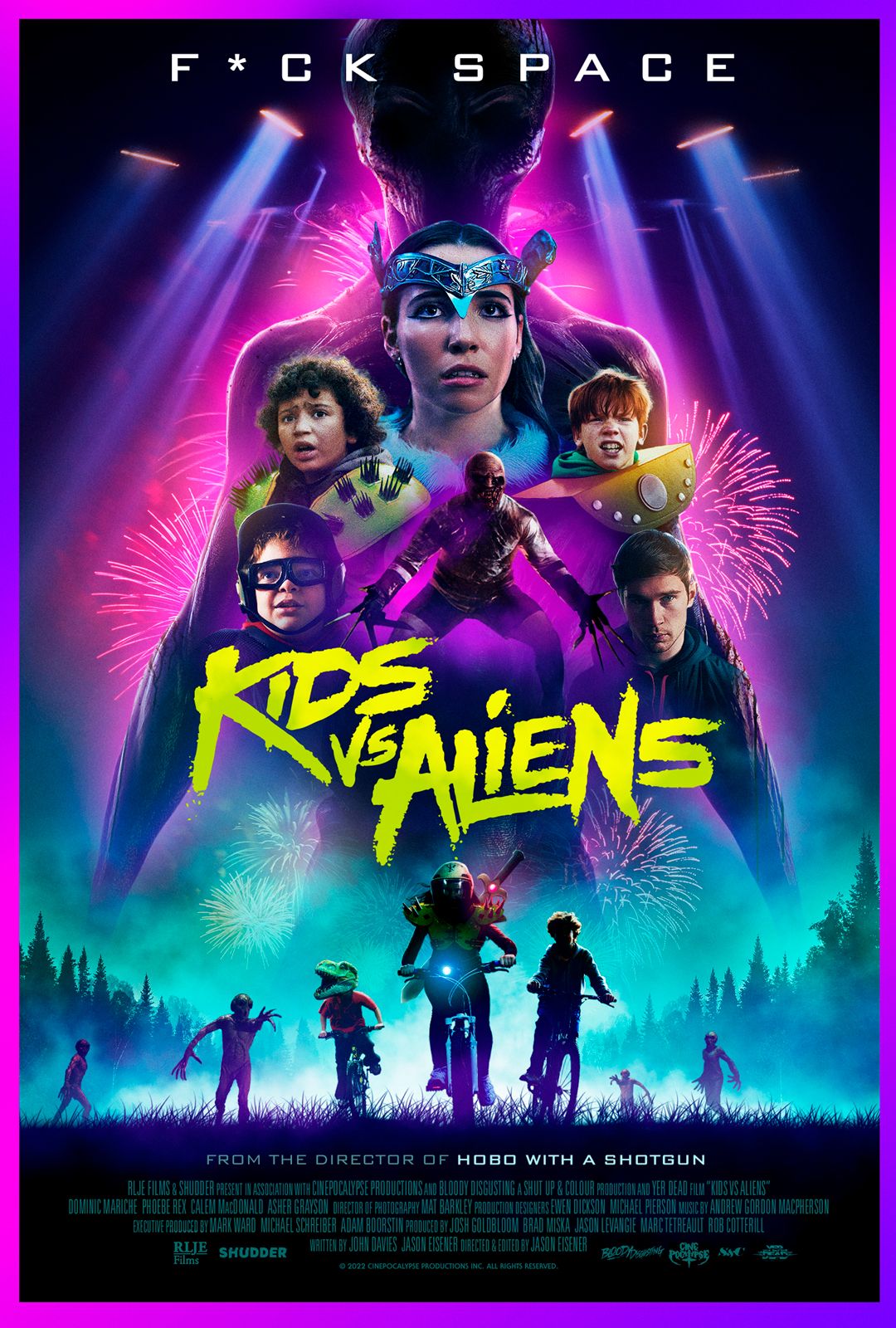 ‘Kids Vs. Aliens’ Headed For Theaters. Shudder In 2023