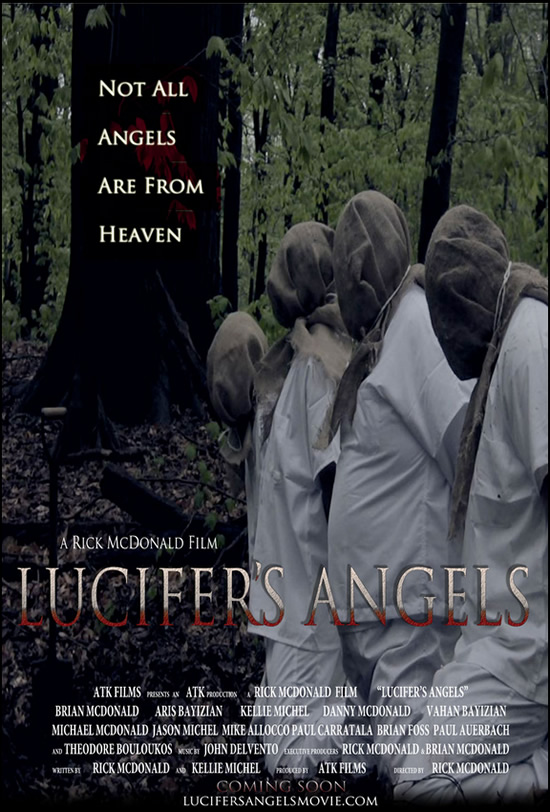 Lucifer’s Angels focuses on 3 different stories which become entangled into one, as the movie progresses. A group of friends go on their first camping trip together in the catskill Mountains. Also, a ghost hunter from New York City and his fiance, travel to the same mountains hoping to research and record any paranormal phenomenon. All of them unknowingly entering into a world of evil. meanwhile, a father and son who live in the eerie woods are forced to make life or death decisions.

The story progresses as some of the friends start mysteriously disappearing, and wind up tortured and murdered in horrifying ways.

This is not your typical camping trip slasher film. It’s a psychologically terrifying homage to classic horror.

You can watch the trailer and learn more at the links below: