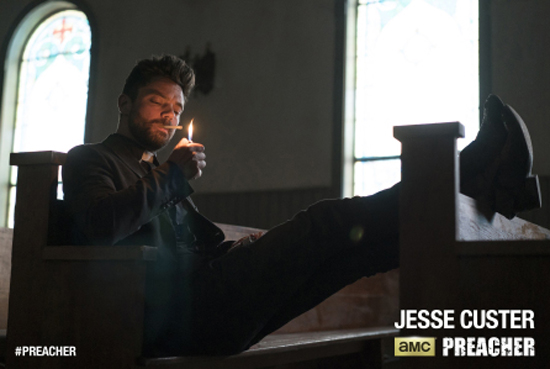 First look photos for the upcoming drama series ‘Preacher’ have been released by AMC.   They feature the lead characters of the series,  Jesse Custer (Dominic Cooper), Cassidy (Joseph Gilgun) and Tulip (Ruth Negga).   It will premiere at SXSW, head of it’s debut in May on AMC.   It is based on the 1990’s cult comic by Garth Ennis and Steve Dillon, and produced by Seth Rogen and Evan Goldberg, Sony TV and AMC Studios.

The story centers on a preacher named Jesse Custer (Cooper) in West Texas, who is possessed by an entity that causes him to develop an unusual power.   When he comes together with his badass ex-girlfriend Tuplip (Negga) and  Cassidy, an Irish vagabond, the three are thrown  into an insane world, in which the cast of characters from Heaven, Hell and beyond live.

You can view the first look photos and the trailer for the series below. 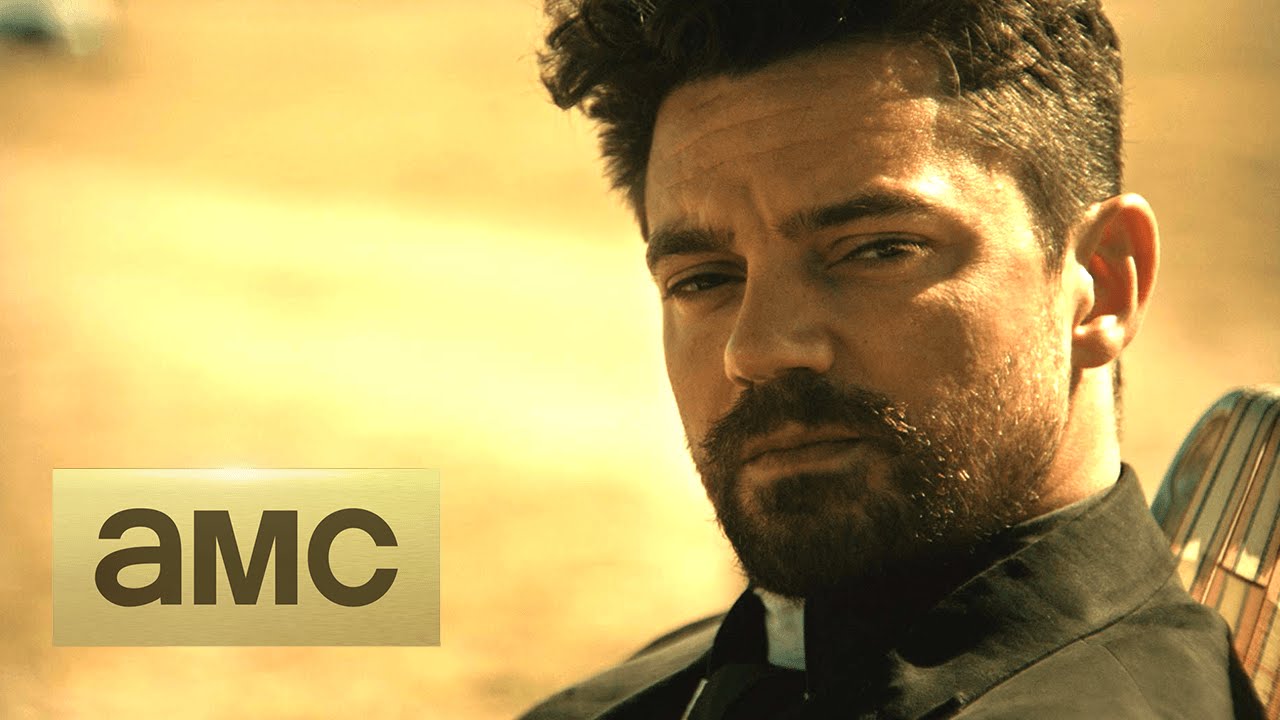