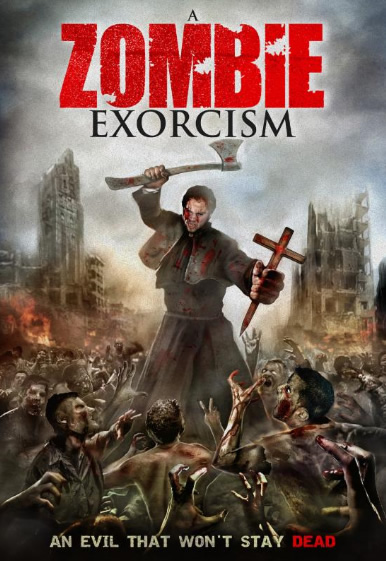 Trailer and Poster Revealed for ‘A Zombie Exorcism’

Wild Eye Releasing has debuted new key art and a trailer for Casper Haugegaard’s gore-filled genre mashup A Zombie Exorcism.  Applauded by BrutasHell.com as “a fantastic film with great atmosphere”,  Haugegaard’s blood-splattered first film arrives in the States this spring after an impressive festival run.

The house of God is Ground Zero for the end of the world when three siblings gather at a funeral and witness the awakening of an ancient evil that spawns an army of the dead. Quickly forced to hide in the labyrinth of deep catacombs under the church, the siblings must fight their way to safety while trying to send the dead back to their graves in this non-stop zombie action thriller.

The DVD release of A Zombie Exorcism will come packed with exclusive bonus features.