Director James Wan’s next movie in theaters may be the superhero flick, Aquaman, but that doesn’t mean that he doesn’t have any more scares up his sleeve! Wan will return to his old haunt, the horror genre- where he achieved great success with films like Saw, The Conjuring, and Insidious– as a producer of The Curse of La Llorona. Even though he isn’t directing, Wan’s influence can be clearly seen in the movie’s first teaser trailer and poster, including creepy trees, dusty old dresses, and screaming big-mouthed creepers. Accompanied by the tagline, “SHE WANTS YOUR CHILDREN,” the film is loosely based on a creepy character of Mexican folklore (in the same way that the porcelain monster in the Annabelle franchise is loosely based on a haunted Raggedy Ann doll in the Warrens’ museum).

The teaser trailer just made it’s debut on the internets, and you can watch it below in all of its glory:

The poster art for the film features similar imagery as the new teaser, including some spooky fog and the shouting lady who wants your children: 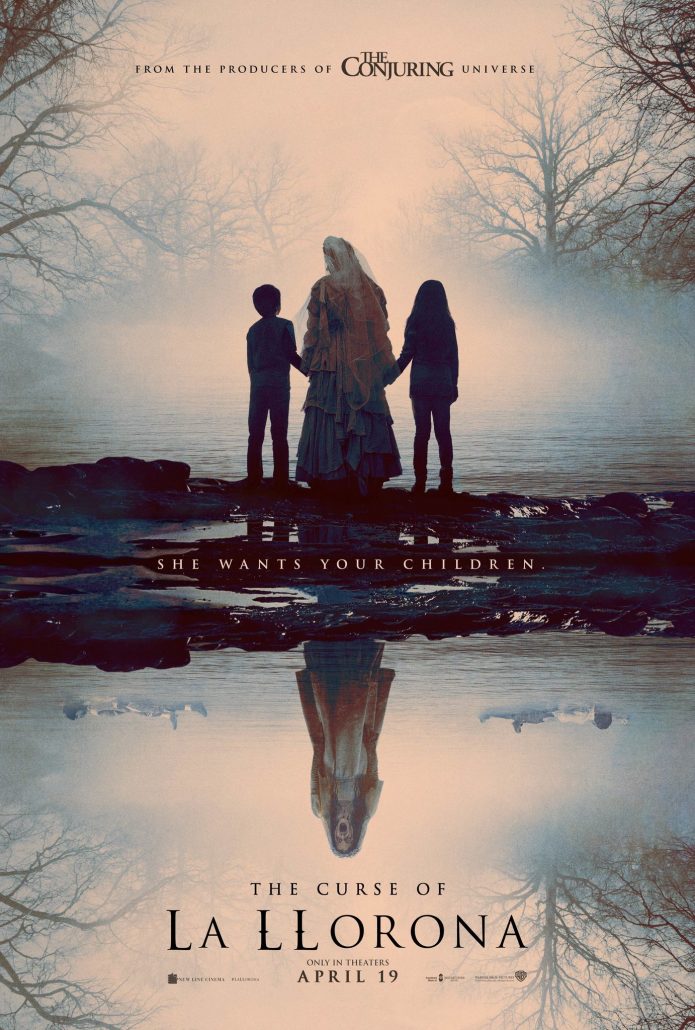 The Curse of La Llorona is written by Mikki Daughtry and Tobias Iaconis , and directed by Michael Chaves. The movie will star Jaynee-Lynne Kinchen, Roman Christou, Linda Cardellini, Patricia Velasquez, Sean Patrick Thomas, and Raymond Cruz. New Line Cinema will release the picture in theaters on April 19th, 2019. Stay tuned to Horror News Network for more details on this project as they break!

James Wan is bringing his extensive horror and fantasy background--from the Saw and Conjuring franchises to Aquaman--to bear on a new Netflix series. Archive 81--which draws its inspiration from the popular...
Read more