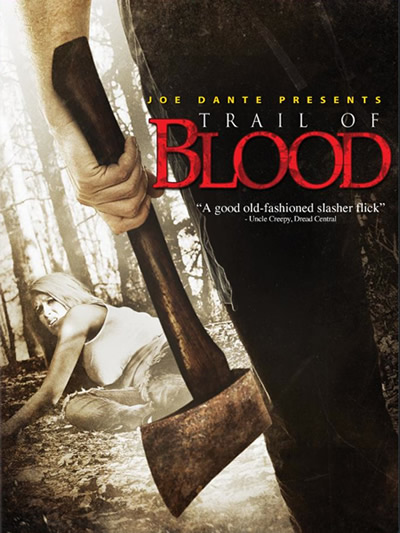 We received word today that Trail of Blood, will be released on DVD and On Demand  December 3rd from Lionsgate.

On a weekend camping trip deep in the forest, Jim, a young U.S. Marine enlistee and his friends stumble upon the murdered bodies of a vacationing couple. They’re suddenly taken hostage by a deeply disturbed war veteran on a sadistic killing spree leaving Jim and his friends fighting to get out of the forest alive.