Nothing has endeared Guillermo del Toro to horror fans more than the revelation of his “Bleak House” collection.   This enormous collection of memorablia from Universal horror, classic horror writers H.P. Lovecraft and Edgar Allen Poe, props from his films, and Disney’s Haunted Mansion are a horrror fan’s dream.

Andy Richter of Conan O’Brien’s TBS Talk show recently visited del Toro’s house and was treated to a personal tour.  Now before you get too jealous, Del Toro will be taking “the show on the road” with a series of exhibitions around the country.  According to Rocio Ayuso of the Hollywood Foreign Press Association “The exhibit will be a showcase of more than 500 pieces culled from his collection at the Bleak House. According to Del Toro, the show will remain on view at LACMA (Los Angeles County Museum of Art) between July and November (2016) and after that it will go on tour, starting in Minneapolis and followed by Toronto, Mexico City, Barcelona, Paris, and finally New York City.”  Del Toro also published a book in 2013 showcasing his collection entitled Cabinet of Curiosities: My Notebooks, Collections, and Other Obsesssions.  Enjoy this “sneak peak” and hopefully the exhibit will be travelling close to your hometown in the coming years. 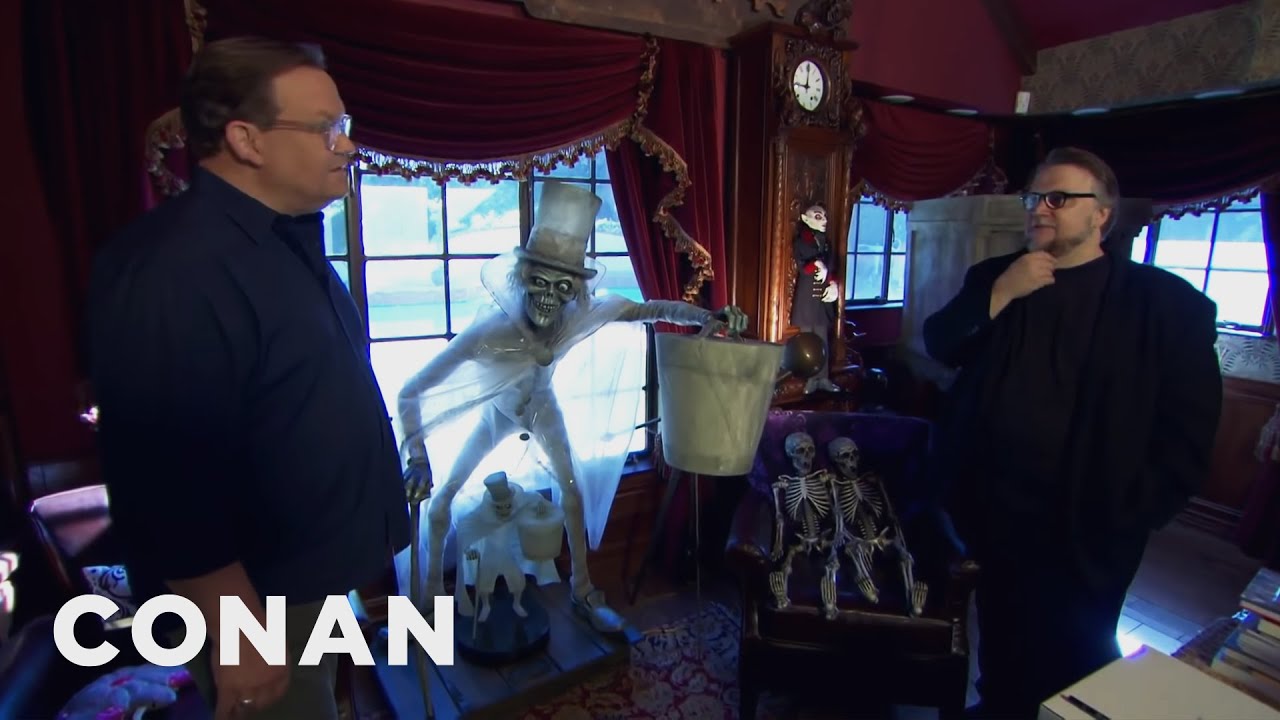