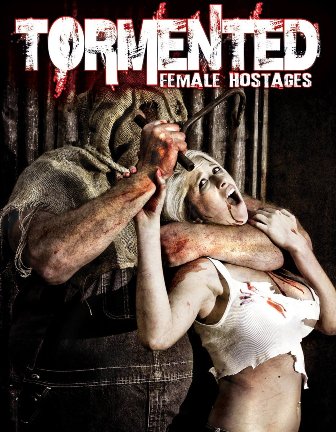 ‘Tormented Female Hostages’ To Be Released On DVD On October 21st

Two tales of tormented women that will shock you to the core. Faye is an attractive young woman whose luck runs short when she is violently attacked and kidnapped from a train station. She awakens in a real nightmare when she discovers she is tied to a chair and her kidnapper becomes her judge, jury and executioner. How far will her assailant go, will his hidden motives bring home some scary truths to Faye, and at what cost will Faye pay to escape with what life she has left? Quaid and Kurk are two notorious convicts who have escaped prison and are trying to flee the country. To ensure their safety they abduct an attractive woman to use as a hostage to protect themselves from the police. However, Quaid has hidden motives for the abduction and Kurk is suspicious of his motives which leads to a deadly game of cat and mouse full of jealousy, deception, lust and murder.