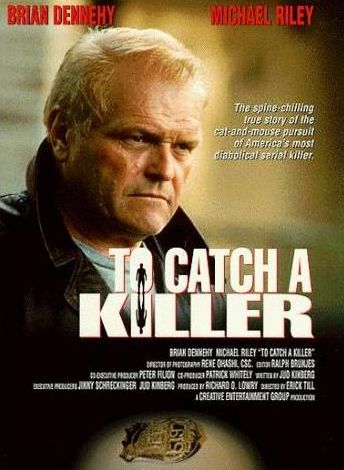 Top Movies Based on Real-Life Killers

Hey fiends! I was watching some documentary on serial killers recently and it got me to thinking about movies based on serial killers and I came up with a list of my five favorites. I tried to stick with ones that closely resembled the truth. For instance, everyone knows that Texas Chainsaw Massacre is based on Ed Gein but if you know the story of Ed Gein, you know that it’s quite a stretch.

This one was made for TV as a two-part special featuring the incredible Brian Dennehy starring as that fun-loving clown, John Wayne Gacy. Seeing as how it was made for the tube, the gore was obviously absent but the story and acting make it a winner.

When I was in my early teens, I worked at a small video store (remember those?) and I remember reading about this movie called Deranged that was supposed to be most accurate depiction of serial killer Ed Gein. I was immediately intrigued as I was already a horror lover and at that time was also serial killer obsessed. Everyone knew that both Leatherface and Norman Bates were loosely based on Gein but here was a film that supposedly told the real story! However, it was still a few years before I was able to track down a copy (at a Fangoria’s Weekend of Horrors convention in 1989, if memory serves.) Roberts Blossom (the guy who sells Arnie Christine and who scares Kevin in Home Alone) plays Ezra Cobb, a kind of quiet farmer who is obsessed with his crazy mom and likes to dig up bodies. While it’s not an entirely accurate portrayal, it’s still awesome.

For me, the Zodiac killer was the cream of the crop. As a serial killer obsessed teen, I read Robert Graysmith’s book Zodiac so many times that I ended up buying a second copy of it because I wore out the spine of my first copy.  This dark film follows the book pretty well and has a great cast including Robert Downey, Jr., Jake Gyllenhaal, Mark Ruffalo and Anthony Edwards. There really is no serial killer scarier than one who was never caught, right? The Blu-ray has some pretty neat special features, so pick it up if you don’t have it.

I remember when I first heard that they had cast Charlize Theron as Florida prostitute/murderer Aileen Wuornos. I was like, seriously? A South African model as the homely killer? Well, I couldn’t have been more wrong. The makeup job on Theron coupled with an amazing acting job made her incredibly believable as Wuornos and earned her a well-deserved best actress Oscar for her role in this creepy, downer of a movie.

This is at the top of my list, kids. Michael Rooker plays notorious serial killer Henry Lee Lucas in this extra-special glimpse into Lucas’ fucked up life. I watched this with my parents when it came out and there happened to be a pretty uncomfortable rape scene…yuck. Tom Towles also does a great job as his sidekick Otis.

Well, that’s that. Let me know what you think. Did I miss one of your favorites? Tell me about it!