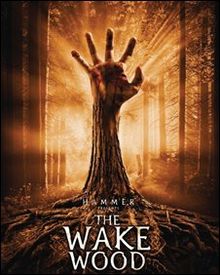 The Irish are a people who have always had their hands in the horror genre. The ancient Celts had their giants, shape-shifters and bog people. Irish folklore brought us the banshee and the devilish pooka. Dracula himself sprang from the mind of late Victorian Irishman Bram Stoker.

As one of the largest producers of films in Europe, the Irish have not forgotten their roots and have contributed some celluloid scares to the mix. Here is a list of 5 Irish horror films you should check out!

1. Wake Wood (2011) This is the first theatrical film released by the resurrected Hammer Films in 30 years. A grieving couple stumbles upon a way to bring their deceased daughter back to life. This cross between ÃƒÂ¢Ã¢â€šÂ¬Ã‹Å“Pet SemataryÃƒÂ¢Ã¢â€šÂ¬Ã¢â€žÂ¢ and ÃƒÂ¢Ã¢â€šÂ¬Ã‹Å“The Wicker ManÃƒÂ¢Ã¢â€šÂ¬Ã¢â€žÂ¢ is a welcome return of Hammer to the horror scene.

2. Raw Head Rex (1986) A risen Celtic god terrorizes the Irish countryside in this blood feast based on a short story by Clive Barker.

3. The Citadel (2012) ÃƒÂ¢Ã¢â€šÂ¬Ã¢â‚¬Å“ This recent release exudes Irish morose and depression as a young husband tries to come to grips with the disappearance of his pregnant wife at the hand of what seems to be a demonic brood of children in a low income housing project.

4. Shrooms (2007) A group of American students studying in The Emerald Isle are stalked by a serial killer in search of hallucinogenic mushrooms.

5. Isolation (2005) An Irish farmer agrees to let some of his cows take part in a genetic experiment. Things obviously donÃƒÂ¢Ã¢â€šÂ¬Ã¢â€žÂ¢t go as planned and all hell breaks loose.