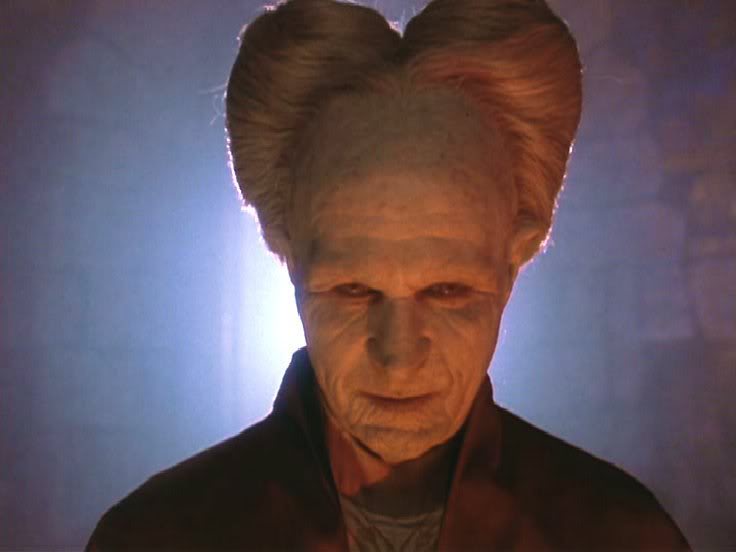 According to the Guinness Book of World Records, Dracula has been portrayed on film more than any other literary character – 272 times as of the last “count” (pun intended). On Friday, NBC will air the first episode of their new series Dracula.  In honor of this event, I have decided to rank my top 5 Big Screen Draculas:

5. Gary Oldman – Arguably one of the finest actors of all time, Oldman strikes a fine balance of terror, sexuality and sympathy in his portrayal of The Count in Dracula (1992).  Drawing largely from the history and legend of Vlad the Impaler, he makes the character very human.

4. Klaus Kinski – In Werner Herzog’s Nosferatu remake, Nosferatu the Vampyre, Kinski is both horrifying to look at and easy to pity.  He radiates humanity from behind the elaborate makeup.

3. Bela Lugosi – This iconic performance holds its own today as much as it did over 80 years ago.  In Dracula (1931), Lugosi owns the screen and the audience in his menacing performance, which became the prototype for those who followed him in the role.

2. Max Schreck – While the character’s name was changed to Count Orlok due to     legal reasons, Schreck is 100% Dracula and 110% terrifying in 1922’s Nosferatu. This is the Count of my nightmares.

1. Christopher Lee – For me, I like my Dracula scary and no one pulled this off on a more consistent basis than Mr. Lee.  Check out Horror of Dracula (1958) and Count Dracula (1970)

Comments, thoughts and your own Top 5 are welcome!