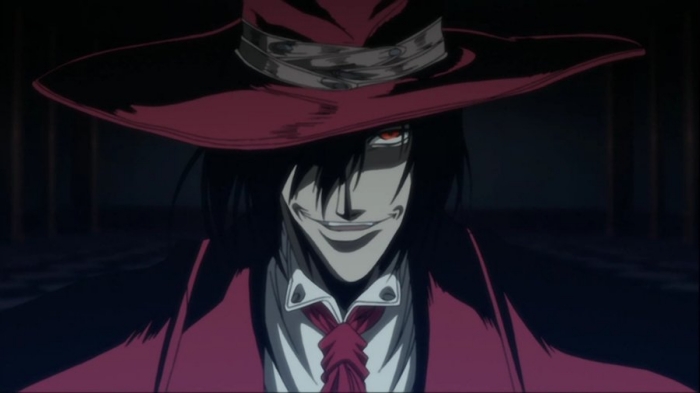 FUNimation has announced that Adult Swim’s Toonami block (Cartoon Network) will replace Black Lagoon in the current 3:00AM ET/1:00AM CT timeslot with the Hellsing Ultimate OVA series, which will take up the entire hour owing to the typical episode length of the series and will be edited to fit within current guidelines for the TV-MA program rating used in the US. Funimation describes the series below.

The rogue vampire Alucard is the Hellsing Organization’s deadliest instrument in its mission to protect the British Empire from satanic ghouls and Nazi freaks. He is not alone in his assault on the occult; the master has a servant. Policewoman Seras Victoria accepted Alucard’s gift of dark salvation after falling in the line of duty, and now the remnants of her human soul struggle against her growing vampire urges. Together, they haunt the shadows as a sinister force of good – and tonight the foggy streets of England shall flow with the blood of their evil prey.

FUNimation will also release the long-awaited 9th and 10th volumes of the OVA series on October 28th, well into the show’s broadcast run and it should serve as a nice introduction to the series for those that have yet to watch the show. Below, the trailer for the 9th/10th volumes.