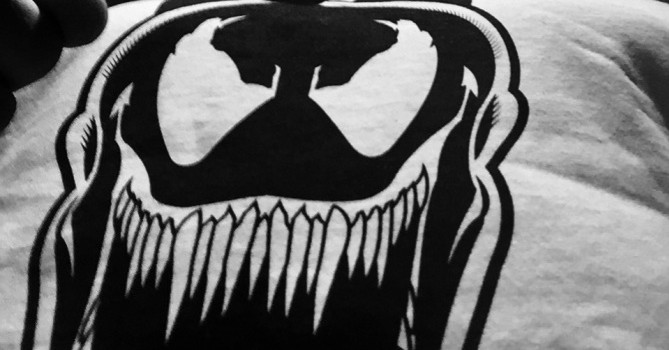 Tom Hardy to Star as Venom in Spider-Man Spinoff, Ruben Fleishner to Direct

Sony has announced big news today for Spider-Man fans who still can’t wash the taste of Topher Grace as Venom out of their mouths: the symbiotic menace will be played by Tom Hardy in the upcoming spinoff film!

Viewers know the always-intense, always-charismatic Tom Hardy for his memorable roles as Bane in The Dark Knight Rises, Max Rockatansky in Mad Max: Fury Road, James Keziah Delaney in Taboo, and Charles Bronson in Bronson. The intensity he brings to his characters is legendary, and it should translate well to the notorious supervillain.

Sony Pictures posted this image of Hardy in a snug fitting Venom shirt on  Twitter to celebrate the occasion:

In addition to this exciting casting decision, Variety reports that Ruben Fleishner (Zombieland) will direct the film. The studio is sending a clear message that it cares about the quality of the film based on the talent they’ve selected so far. Hopefully this project will perform better than Sony’s Spider-Man projects over the past several years.

Stay tuned to Horror News Network for more details on Venom as they break!