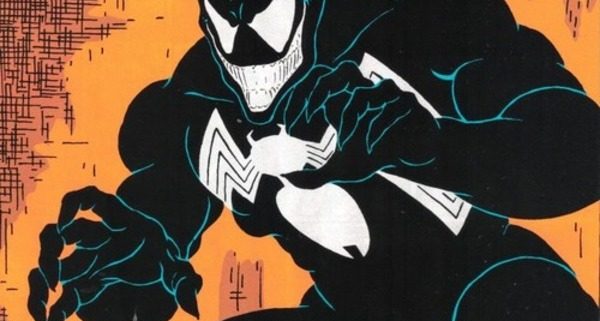 Todd McFarlane- the legendary comic book artist behind the original character design of Venom- seems pretty hyped about how his creation will look in the upcoming Sony Pictures film starring Tom Hardy. In a new Facebook Live video, McFarlane praises the design of the character, such as his ape-like shoulders and imposing size. He also tweaks a screenshot taken from the new trailer for the film and makes a few adjustments to show his fans how the design could look more like his original work. McFarlane’s version features slightly different eyes and more gnarled teeth, with the back fangs being slightly more hidden by his cheeks. You can watch the entire process for yourself below:

LIVE: TODDY TWEEKS HIS PAL Venom!! For those folks who don't know…I'm the CO-CREATOR of this dude!

McFarlane may not have final say on how Venom looks in his new movie,  but he seems pleased with how the iconic character turned out. His adjustments are minor, but they do change the personality of the creature.

Todd McFarlane is currently writing and directing a film based on his Spawn comic book series, and you can bet that he will have complete control over how his creations look in that film. Hopefully, he will post future sketch videos as he gets further into production of his film so we can have a behind-the-scenes look at how he considers all of the gory details of his characters’ CGI counterparts.

Venom hits theaters on October 5th, 2018. Stay tuned to Horror News Network for more details on the Venom and Spawn movies as they break!

Staff Writer at Horror News Network
John has loved movie monsters for as far back as he can remember. He's since collected up as many comics, statues, and autographed material related to movies and music that he can get his hands on. He is particularly interested in the critical and analytical discussion of the best stories the horror genre has to offer. One of his largest works on the topic is a study on the portrayals of people with disabilities in horror films.
https://www.horrornewsnetwork.net/wp-content/uploads/2017/03/venom.jpg 417 600 John Evans http://www.horrornewsnetwork.net/wp-content/uploads/2016/05/HNN-logo.jpg John Evans2018-08-05 10:17:542018-08-05 10:17:54Todd McFarlane Tweaks Character Design of Upcoming 'Venom' Movie in New Video
0 replies

Edward James Olmos Confirms His Character was Cut from ‘The Predator&...
Scroll to top