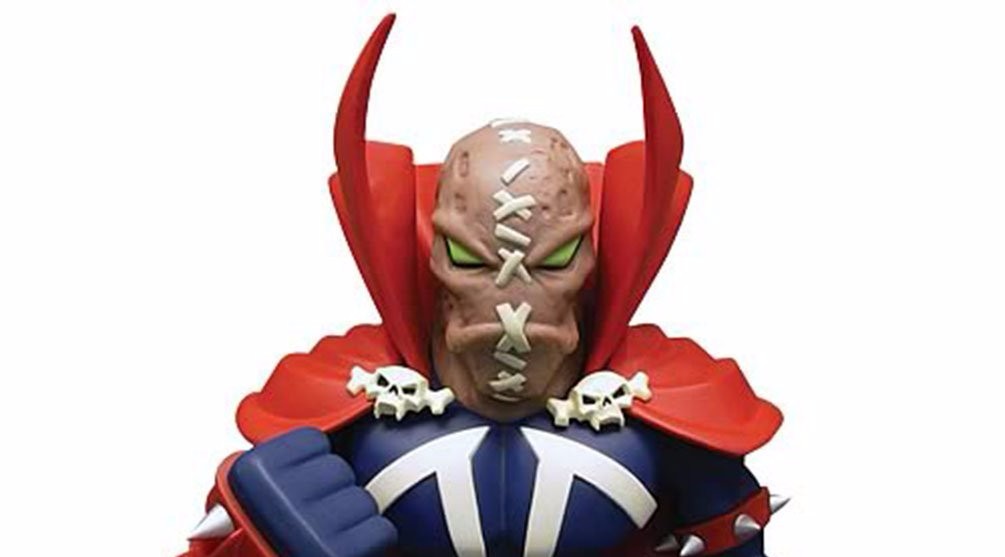 Todd McFarlane Says Spawn Will Not Speak in Upcoming Movie

As creator/director Todd McFarlane and horror mega-producer Jason Blum continue along on their new movie project based upon McFarlane’s Spawn comic book series, we are beginning to hear more and more about what the movie will be like. We already knew that the plan from the start is to create a hard-R rated film with strong horror elements on a low budget. Now, Todd McFarlane is starting to talk about what that might look like- or sound like- on the big screen. It turns out, Spawn won’t speak during the entire film!

McFarlane recently told AZ Central that his plan is to develop Spawn as a silent stalker, akin to Bruce the Shark in the original Jaws. Here’s how he explains it:

“I like to explain that it’s my Jaws. Spawn doesn’t say a word the entire movie, and it’s the same way with Jaws. It’s about the sheriff and the people, chasing the ghost. That’s it…The lead role isn’t Spawn, the lead role is a cop, like Sheriff Brody from Jaws. I think we can hook a fairly significant actor that we want. Unlike a superhero movie, we wouldn’t need an actor to put on prosthetic (makeup) or go to the gym. We just need him to act.”

While there’s obviously a major difference between not having a shark speak in a live-action movie from 1975 and not having a humanoid comic book character who has spoken thousands of times over the course of his 26 year run speak in a movie, the idea actually sounds pretty cool!

Some of the greatest horror movies of all time have a silent stalker as their main antagonist. There are tons of horror fans out there who will likely be thrilled to hear that Spawn will have more in common with Michael Myers than Deadpool. Furthermore, being a comic book guy, McFarlane knows better than anyone that some very interesting work has been done in the world of comics when a story is told from the perspective of someone other than the protagonist. McFarlane himself most notably explored this concept in his Sam and Twitch series, which focused solely on the titular detective duo who were originally made famous in Spawn. If this is going to be a horror movie, I can’t think of anything more horrific than viewing Spawn through the eyes of a police officer who has never seen anything like him before!

When asked why McFarlane thinks Blumhouse is a good fit for his project, he cited the chance Blum took on Jordan Peele- who was primarily known as a comedian at the time- by giving him full creative control on his horror film, Get Out. While McFarlane has decades of experience in the comic book and collectibles businesses, this will be his first shot at directing a major motion picture. Is he nervous? Of course not!

“Intellectually should I be? Yes. Am I? No. I’m not 24. I’m in my 50s. I’ll get good people surrounding me. I’ve had this idea in my brain for a decade, and I’ve directed it a thousand times and have clarity on what I want to do…And storyboard wise, I’m here and will draw it for you. If I can’t see it, I can draw it.”

This project is sounding more interesting every time McFarlane speaks about it. He is obviously passionate about his ideas and he has proven time and time again that he has the business acumen to to turn his dreams into reality.

Stay tuned to Horror News Network for more details on the upcoming Spawn movie as soon as they break!