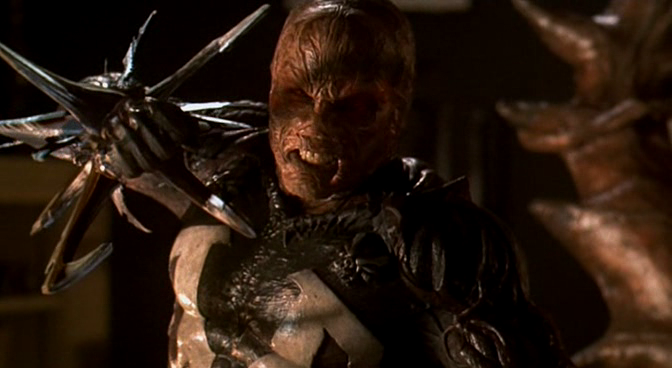 Todd McFarlane, the legendary comic book artist and co-founder of Image Comics, took to the internets to provide a status update for fans on the upcoming Spawn movie. Using a webcam that appears to have been released the same year as Spawn #1, McFarlane shared directly with fans that his rough draft of the script is completed, and he’s currently trimming it to approximately 120 pages. He then introduced page six of the script before stating, “Obviously, it’s not gonna be my best page. It’s not gonna have a lotta good Spawn stuff on it.” Eagle-eyed viewers might be able to pick out a few sentences despite the low resolution of the video.

McFarlane shared that Twitch of “Detectives Sam and Twitch” fame will play a key role in the film. He also stated that there is already a lot of professional interest surrounding the project: “I haven’t officially tried to sell it to anyone in Hollywood, but I’ve already had over 14 inquiries from people coming my way.”

McFarlane stated that he hopes to be able to make a deal to greenlight the film by this year’s San Diego Comic Con. Despite his optimism, he grounded fans’ expectations about the project towards the end of the clip: “It does not mean the movie is being made. It means that there is a script there that everybody can look at and we can begin to talk about whether they want to make this R-rated horror movie that I’ve written here.”

Stay tuned to Horror News Network for more details on the upcoming(?) Spawn movie as it breaks!