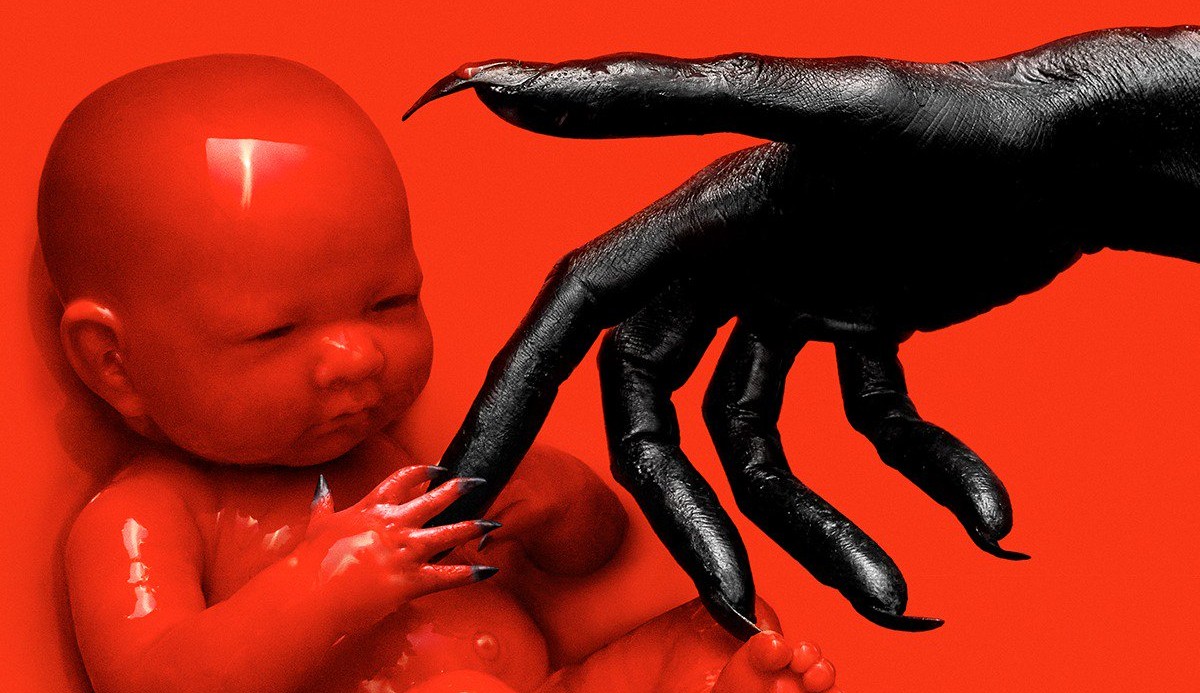 We’ve known for some time now that the eighth season of FX’s American Horror Story would feature a crossover between the Murder House and Coven seasons; but today’s reveal could mean that the upcoming season may focus a little more on Murder House than Coven. The official theme and title for Season Eight has just been announced on the franchise’s official Twitter page, and the apocalypse is upon us!

Fans of the franchise know that Season One (Murder House) of the show ended with the birth of a child who was supposedly the anti-Christ. Today’s artwork appears to feature such a child, given its sharpened fingernails, red hue, and the demonic creature it seems to be connecting with. The black and red color scheme of the artwork-along with the glistening sheen to the two subjects of the image- is a definite throwback to the original promotional materials for Murder House as well.

American Horror Story fans wont have to wait much longer to learn of the other secrets this season will hold… American Horror Story: Apocalypse premieres on FX on September 12th, 2018. Stay tuned to Horror News Network for more details on this exciting project as they break!