From comic books to the big screen to the small screen–and back to the printed page.

A new behind-the-scenes book–Creepshow: From Script to Scream–will feature “the spine-tingling stories and tantalizing talent” behind Shudder’s hit Creepshow series. The book, according to a report on comicbook.com, will hit shelves just before Halloween. 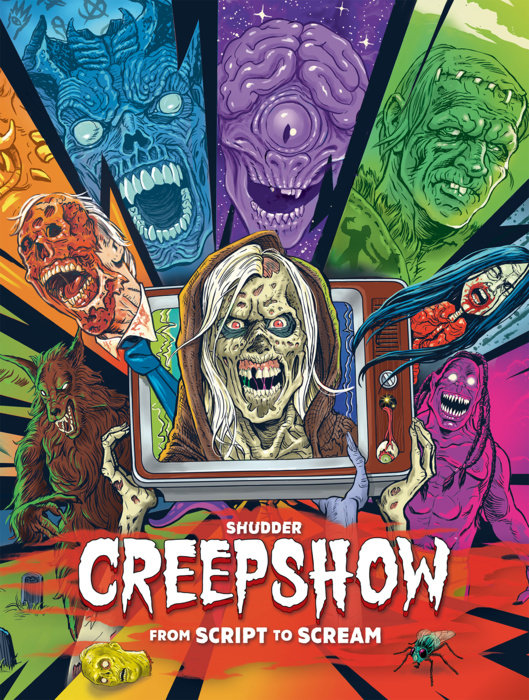 The new Titan Books release–scheduled for an Oct. 25 debut–boasts a foreword by bestselling horror master Stephen King and an afterword by horror fan (and lead guitarist for Metallica) Kirk Hammett. The book is written by Dennis L. Prince, designed by John J. Hill and edited by Meredith Borders.

The book–according to the publishers–“dives into the origins, development, production and special effects of Creepshow, and will appeal to fans of the show and aspiring filmmakers and makeup FX artists–as well as fans of horror comic books and films.”

Shudder’s Creepshow–a horror anthology series from executive producer Greg Nicotero–debuted in 2019 and serves as a continuation of the classic 1982 film of the same name. Earlier this year, the show was renewed for a fourth season.

Keep reading Horror News Network for the latest on Creepshow on Shudder.