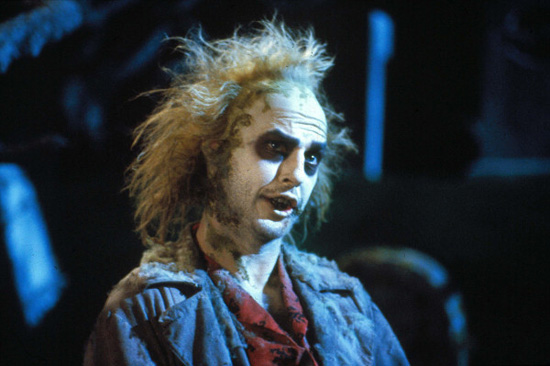 Screenwriter Seth Grahame-Smith confirmed in an interview with Entertainment Weekly that Beetlejuice 2 will be shooting later this year!  Tim Burton is directing, with returning star Michael Keaton as the “ghost with the most”. Grahame-Smith has written the script.

In the interview he said “[Burton] was doing press for ‘Big Eyes’ right before the holiday, and was getting the ‘Beetlejuice’ question, and sort of tipped people off that Winona [Ryder] would be back. Which yes, she will be back, I think we landed on the right idea, landed on the right approach. It’s just now making sure that — for me — I don’t want to shit my pants in front of the entire world making a sequel to one of my favourite movies.

I’ve emailed with Michael Keaton. I know he’s excited about the idea, I know Tim is excited about the idea. Where it stands now is Tim’s got to get ready to make [‘Miss Peregrine’s Home for Peculiar Children’], and then hopefully we are set, deals are done, and we’re waiting in the wings ready to go right after ‘Peregrine’s’ wraps up. The ideal timeline is we’re really getting into it toward the end of this year.”