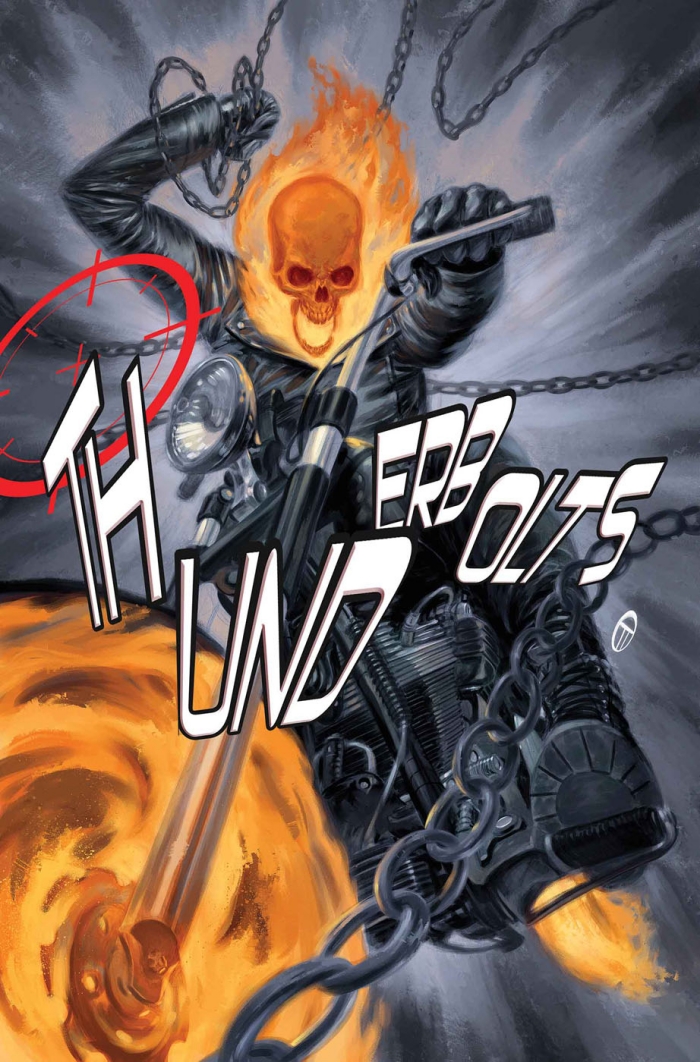 Marvel Comics has provided us a sneak peek of the new Thunderbolts comic.

General Ross’ ragtag team of Thunderbolts were brought together to solve the problems that no one else could. But what happens when the problem…is one of them? The god-like Mercy has continues to wreak havoc and destruction — leaving nothing but blood and bodies in her wake. She’s gone too far — and the Red Hulk has turned to an unlikely ally in his quest to shut her down for good — Johnny Blaze, the original Ghost Rider!