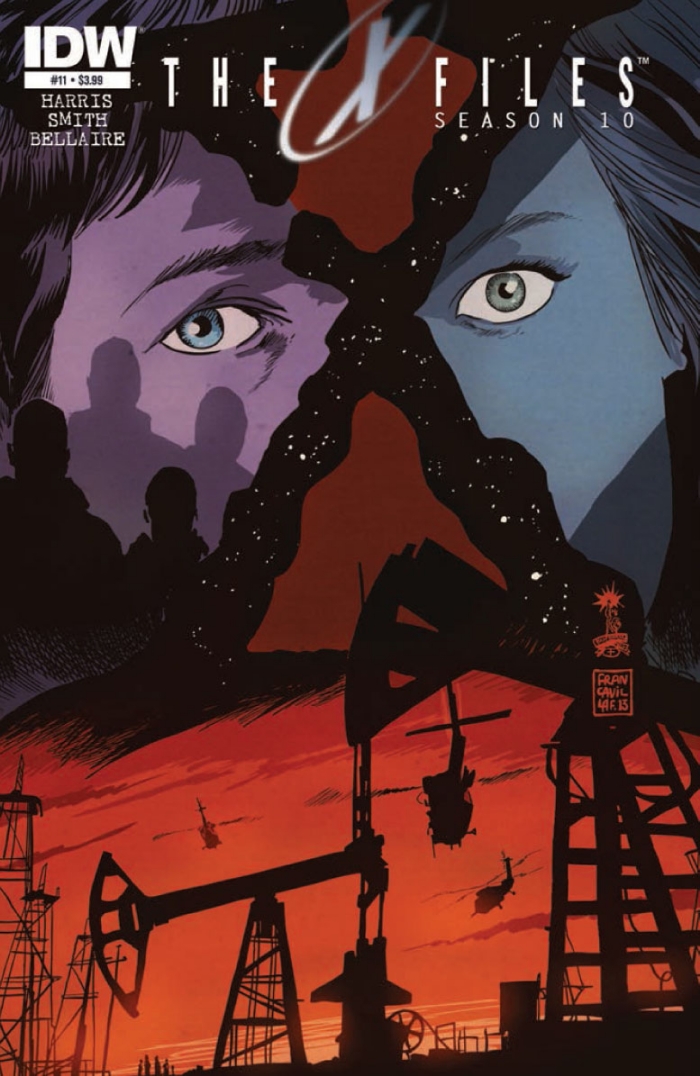 IDW Publishing has provided us a preview of the new The X-Files: Season 10 comic.

The shifting sands of Saudi Arabia have attracted pilgrims, consumed armies, and made men rich beyond their wildest dreams. But when an ancient weapon is discovered beneath a newly tapped oil field, Agents Mulder and Scully find themselves pulled back into a black game as slippery as the X-Files have ever revealed… and you won’t believe who’s turning up to join them.