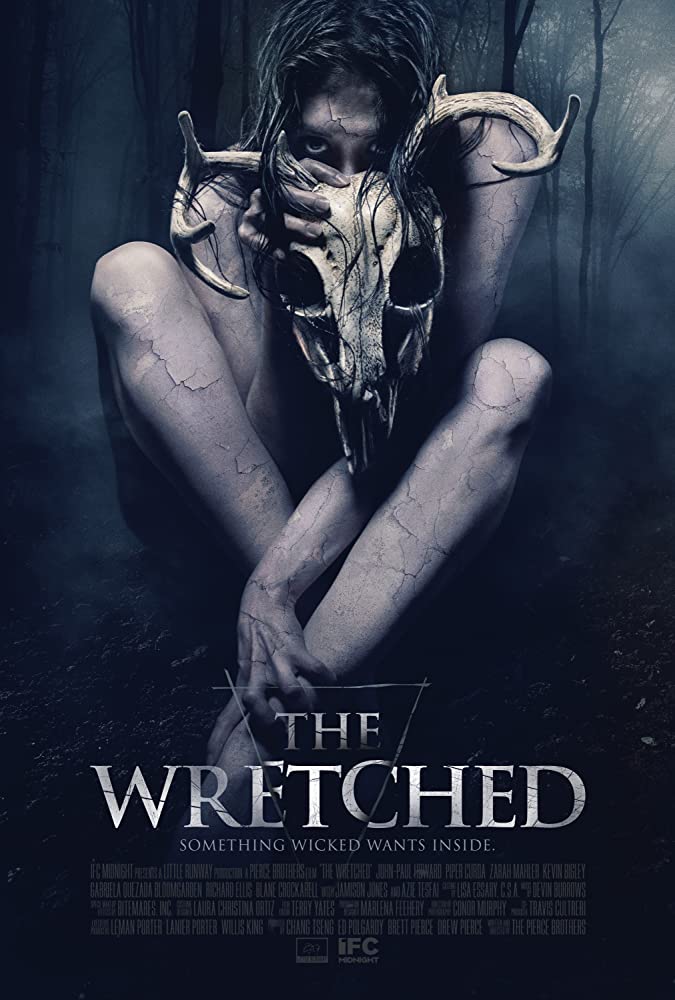 While the tale of the ancient witch possessing unsuspecting people for its own evil purposes is well-worn territory in cinema, occasionally a film will come along that breathes new life into the concept.  Is The Wretched, distributed by IFC Films and IFC Midnight and scheduled for release on Friday May 1st, up to this task?  In my opinion it is, but to a point.  It’s an ambitious and engaging story, though a few means-to-an-end tactic will have you scratching your head as much as nodding in agreement.

The Wretched is the second feature film in the horror genre written and directed by brothers Brett and Drew Pierce, following 2011’s Deadheads.  It’s an impressive sophomore effort, and certainly shows how they’re growing in their roles.  The cast assembled included numerous talents that appear to be familiar faces from previous projects, but in fact for many this is their first high-profile job.  Luckily for the Pierce brothers, most were definitely up to the task.  The Wretched tells the tale of Ben (John-Paul Howard), a teenager who moves in with his father while his parents go through a divorce.  There he meets many new characters that test his limits, but most notable is fellow teen on-the-outside-looking-in named Mallory (Piper Curda from Disney’s I Didn’t Do It and Teen Beach 2.)  As if navigating the waters of teenage angst and defiance are not enough, Ben must also deal with the supernatural happenings going on right next door.  The neighbors seem normal, but things turn strange (and deadly) as events begin to unfold which may show the markings of a witch taking over the neighborhood (and everyone in his life.) 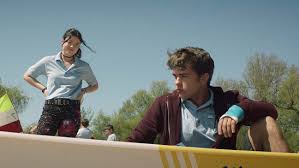 I will say this right off the bat……this film has a “big time” feel to it.  It’s understandable that independent films have been evolving for the better in the past decade or so, especially in the horror realm.  But The Wretched presents a nice mix of spooky imagery and current rock music underneath to hook the viewer right away.   A bleak rainy setting leads us to a gory opening sequence that sets the tone going forward.  There are several ominous cases of foreshadowing in the first part of the film that hint at secrets under the surface for several characters, just waiting to burst forth.  Ben has to rebuild his relationship with his father (Jamison Jones, 24), start one with his father’s girlfriend Sara (Azie Tesfai), make new friends from among the snobby teenage set that populates the boat docks where he works, and make sense of the creepy transformation of his neighbor Abbie (Zarah Mahler.)  Of course, all of this is made nearly impossible because nobody believes the rantings of a wildly misunderstood teenager, right?  Especially one with a recent drug habit and criminal record?  Ben is seemingly on his own in trying to stop the new evil taking over the town, and the frustrating and hopeless feelings are displayed very well by Howard.  He’s up to the challenge in one of his first large roles.

Slow on the “scary factor” at first, The Wretched focuses more on the high school hijinks and familial disfunction, taking precedence over the menacing plod of the brewing witch-storm at Ben’s door.  The first part of the movie could actually play well to the teenage movie crowd too, with the “new kid in town” archetype Ben having to deal with a new female friend trying her best to help and elitist bullies making his life hell.  This film almost has a spooky Rear Window type of vibe, as Ben’s pleas that something evil is going on fall mainly on deaf (adult) ears.  Okay, to be fair maybe it’s more like Disturbia.  But either way, the action and gore begin to pick up in time for Ben to play the hero.  And in this role, Howard is a bright spot.  The Pierces certainly got the most out of him in this role.

While we’re discussing the cast, several performances stand out.  Curda is very believable as Ben’s partner Mallory, his ride-or-die confidant all the way until the final sequence.  The potential romance between them serves as an interesting subplot against the deteriorating relationship with his father, and most importantly the increasing threat of an ancient witch taking over bodies and luring children to their doom in the woods.  For me, it shouldn’t be a surprise that Jones as Ben’s father Liam turns in the most dramatic and convincing performance of a father torn between helping his wayward son and continuing his courtship of a woman that’s not his son’s mother.  It’s an unenviable position to be in, and Jones displays the acting chops to portray that struggle to the audience.

There is a lot of imagery used throughout this picture, from the weather to the sense of isolation being on the other/wrong side of a door or window can bring.  The coven symbol that mark the structures already cursed by the evil and bundles of sticks, like Blair Witch, has deep roots (pun intended) in witchcraft and Wiccan folklore.  The symbol seems a bit overused at times, as are the confusing usage of photographs in the witch offerings, but overall they are effective.  While not breaking new ground in the genre, the story is strong enough to overlook a few missteps as we reach the film’s ending. 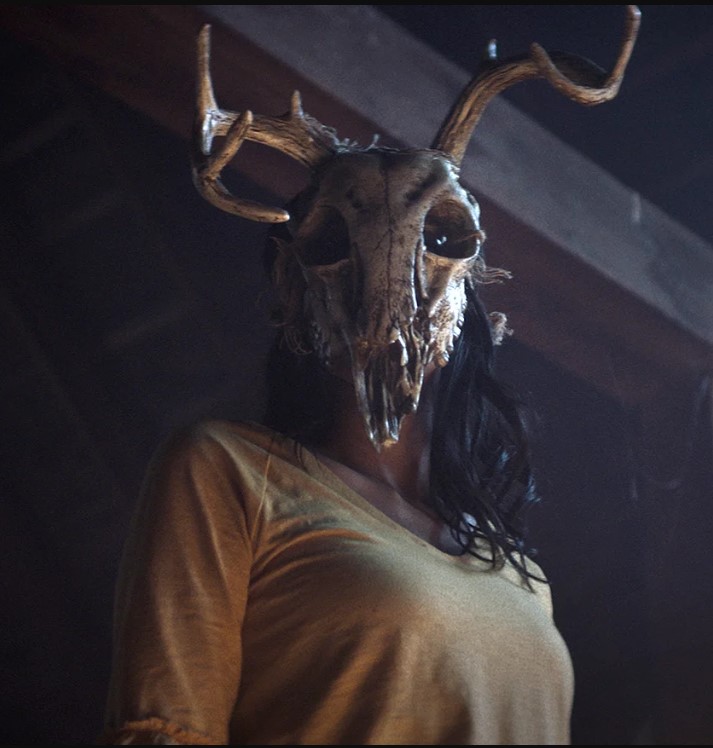 The climactic fallout and final battle serve as a metaphor for how we can sometimes be blind to the intense trauma our disfunction inflicts on those around us, including the most vulnerable victims……children.  A child’s blind trust can either be rewarded or manipulated, and we need to be vigilant to ensure that we make it the former.  I’m not sure if that’s the message the Pierce brothers were going for, but it’s what I took out of it.  There is a bit of a convoluted ending with several plot twists, with each playing out decisively if not convincingly.  But will you be entertained?  Absolutely.

The Wretched won’t exactly break new ground in the witch film sub-genre, but it certainly won’t set it back either.  This film is a solid effort from writers/directors Brett and Drew Pierce and the cast, most of whom are still relatively early in their acting careers.  It’s certainly worth a look when it premieres on Video-On-Demand starting May 1st.