Prepare for the return of the White Wolf.

Check out the Instagram post from series star Henry Cavill–courtesy of Collider–in which he also confirms the wrap and thanks the cast and crew. “What a season this has been,” Cavill wrote. “I just want to thank you for all your determination and dedication through a tough shoot. Hopefully, you can all get some well-deserved rest.” 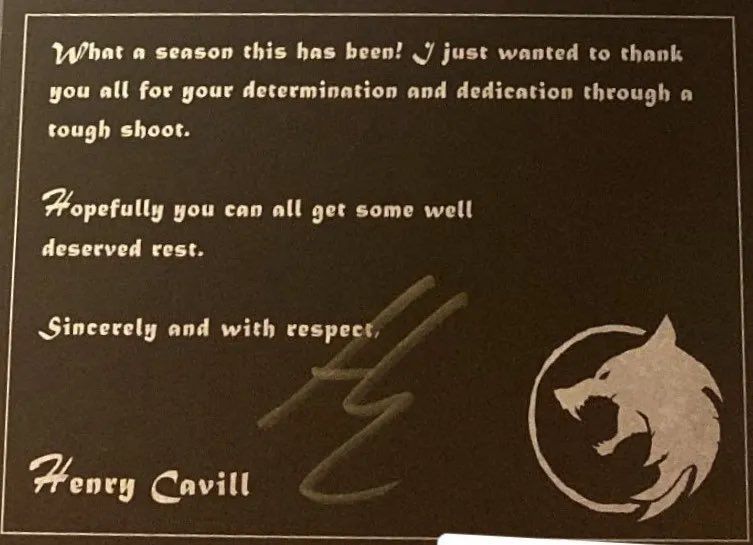 This post most likely referenced Cavill’s bout with COVID, which forced production to grind to a halt over the summer after the season had started filming in March. Filming resumed when Cavill returned to the set.

However, no word was given about a debut date on Netflix for Season 3. Typically, a series this graphically intense takes up to eight months of post-production, but Season 2 of The Witcher wrapped in October 2021 and debuted in December–so stay tuned for a premiere date for Season 3.

What is known is that the upcoming season will pick up directly after the cliffhanger that ended Season 2–when fans learned that Ciri’s father was White Flame, the emperor of Nilfgaard.

Keep reading Horror News Network for further updates on Season 3 of The Witcher on Netflix.