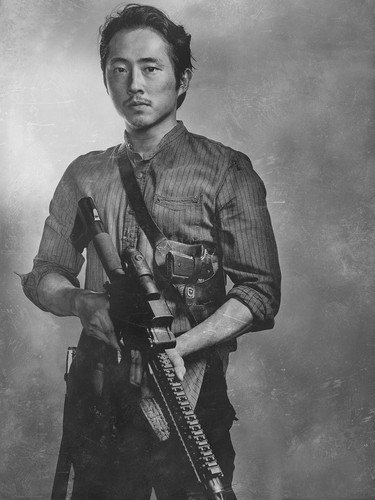 The Walking Dead Weekly Wrap Up – Thank You

The Walking Dead Weekly Wrap Up – “Thank You”

Thoughts: **SPOILERS** Wow!  Well Walking Dead fans this was one hell of an episode.  This has been been the biggest herd of zombies the crew has ever battled.  Some were lost along the way…most of which were characters the audience didn’t know.  The biggest loss, hence, biggest spoiler is the death of Glenn Rhee.

Accompanying a ton of action and drama, viewers were stunned by the death of one of the original beloved characters Glenn.  Glenn had come a long way since being called “walker bait” by Maggie. He was a fighter and survivor.  Fans of the comic know that Glenn actually went out in epic form, which is different than how he died in the show. As a fan, I’m a little disappointed on how they killed Glenn off.   As if fans didn’t already think Nicholas was a douchebag, his suicide inadvertently gets Glenn killed?

As such a popular character, which was always played exceptionally well by Steven Yeun, I felt his death from the show could have been a bit more of a show stopping battle and not just falling off of a dumpster.  It seemed like the writers were trying to make it a heroic act of his trying to cause a distraction, but felt a bit weak. For me, Glenn actually did die as “walker bait.” The internet immediately blew up with insinuations that Glenn really isn’t dead.  Well, if Glenn is buried under Nicholas and 500 walkers and makes it… that would be completely unbelievable and lame in the eyes of this horror fan. This, of course, is just one person’s opinion.

So, what now?  Will the group that’s left make it back unscathed to Alexandria?  How will Maggie’s character change is the face of Glenn’s death? Will Twitter explode if Glenn reappears and didn’t really die?