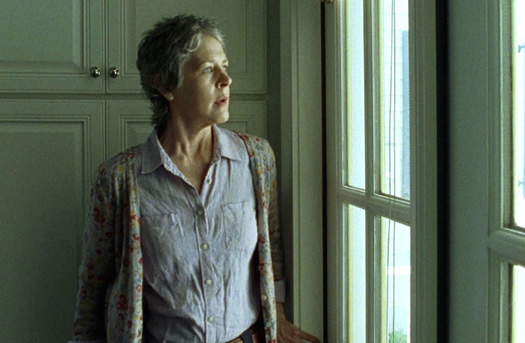 Synopsis: As Rick and the others carry out their mission at the quarry, Carol, Carl, Maggie and the remaining Alexandrians must defend the safe-zone against an attack from The Wolves, a savage gang of scavengers.

Thoughts: **SPOILERS** Well Walking Dead fans, this week’s episode was certainly action packed. The Wolves finally show themselves, and with extreme brutality. Sure there were some cool walkers and great gore for horror fans.  However, the main conflict in this episode, which seemed to cause an internal conflict for Morgan, was the living killing the living.

The fight scenes were engaging, as was most of the suspense. It felt like the writers were trying to develop some of the newer characters.  The problem with this during what was a pivotal episode was that it was choppy between a vortex of action and drama cut in with characters the audience feels little to no connection to. The one storyline this was pertinent though was the one around Enid since she is no such a big part of Carl’s development.  Carl is not a child anymore and he is THE child we have seen grow up in an apocalypse.  Now to watch him navigate girls and relationships, they almost have to create and develop other younger characters since there is no high school. Carl is one of those characters audience members feel very attached to, and it has been interesting to watch Chandler Riggs play out his evolution almost flawlessly.

The absolute highlight of the episode for me was Carol acting as a one woman wrecking crew, coordinating and defending Alexandria… and finish killing every one of the Wolves that got in her way just as her casserole was ready to come out of the oven. Melissa McBride’s performance as Carol over the years has shown quite a range of emotions and acting skills.  Season 5 and 6 Carol has been exhilarating to watch.

So will Rick and the rest of the crew ALL make it back to Alexandria alive? Will other Wolves show up? What does Aaron’s discovery mean for the group?