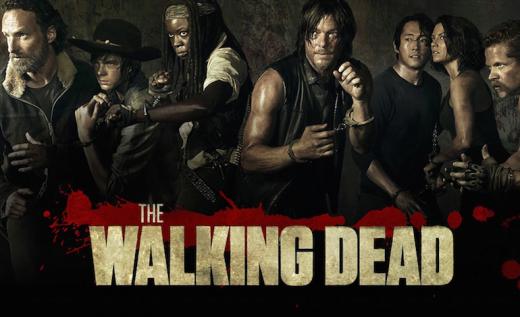 Synopsis: In the season 6 premiere, Rick and the group continue to have trouble assimilating into Alexandria; and a new threat could bring them closer together or drive them apart.

Thoughts: **SPOILERS** Welcome back Walking Dead fanatics! Did the premiere live up to your expectations?  With last year’s premiere at Terminus being such a powerhouse episode and strong start to the season, the bar was raised pretty high.  I think the way the storyline unfolded tried to accomplish the same.  Truth is…it didn’t do that for me. Although it felt like it dragged a bit, it still gave much needed back story and was a solid episode.  There was a virtual tsunami of walkers on this episode with plenty of walker kills, and drama. Morgan and Rick: Reunited and it feels so good?  Not so much. Highlights included a growing disconnect between Morgan and Rick, as well as Eugene Porter’s appreciation of Heath’s “hair game.”  Heath, many of you Walking Dead fans may recognize from the comic.

With Rick becoming more powerful and aggressive, we are seeing the start of a true “Ricktatorship,” which one can easily predict will alienate him from not only the people of Alexandria, but maybe even his own crew.  The most intriguing moment of the episode came at the end with a mysterious bullhorn leading the sea of zombies back to Alexandria. Could this be the Wolves showing themselves?  Will those back in town be ready when the herd arrives?  Is everyone buckled in for an almost certain impending new war this season?