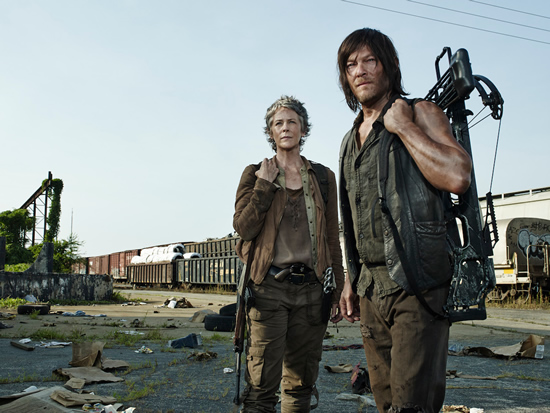 Synopsis: Members of the group venture into a familiar location on a heroic rescue mission.

Thoughts: **SPOILERS** Last night’s episode of The Walking Dead did what it does best, which is maintain balance between blood and guts with great story telling.  Yes, this was a mission for Carol and Daryl to find Beth.  However, this was also a deep look into the personal journey of Carol and her evolution during the apocalypse.  Melissa McBride has always done and outstanding job portraying Carol over the years, but this season has really risen to the occasion, as her character has developed far beyond what any fan could have predicted in season one.  Also, on display was the bond formed by her and Daryl.  Yes, I know people wonder if there is romance.  For me, that really isn’t that important.  What stands out between the two is the fact that both had been through hell even before the outbreak and collapse of civilization. Both McBride and Norman Reedus play this relationship exceptionally well, with both characters knowing each other, yet still keeping their walls up and insecurities hidden.

Last night there were some gory zombie kills to complement the show. Windshield zombie off the bridge was a particular favorite of mine. The show ends with Carol’s fate in the hospital from hell.  As a fan, all I can say is I hope Beth appreciates the van nose dive off the bridge Carol and Daryl took for her. So is Noah up to challenge of being Daryl’s wingman? Will Carol and Beth make it to the mid season finale? Stay tuned…