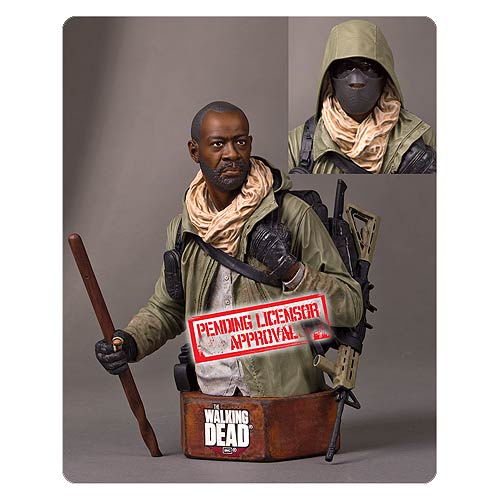 Morgan Jones, like Rick Grimes, is a survivor. Jones, however, has traveled a dark and lonely path to emerge on the other side as something more than just a survivor. After losing his wife and son to the outbreak, Jones was broken and teetered on the edge of sanity. Rick is nearly killed by Jones when they next encounter one another. His journey has occurred off-screen, the only witness is Jones himself. Upon his re-appearance it is clear to the viewer that Jones has not only survived, but has managed to live again in this new world a changed man. Using state of the art 3D digital scanning and sculpting, Gentle Giant Ltd. is proud to bring you The Walking Dead Morgan Deluxe Mini Bust. Each piece is hand cast and painted, capturing the characters authentic likeness and appearance as seen on The Walking Dead.