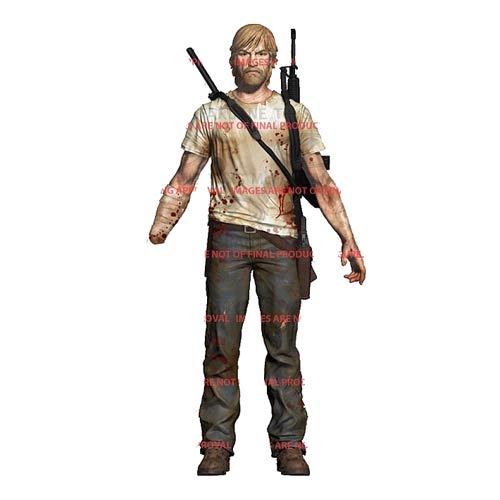 This version of the Rick Grimes action figure features the main character of The Walking Dead as he appeared following the fall of the prison. After losing his new home, his right hand, his wife, and even his newborn daughter to the Governor, a tougher, harsher Rick emerged from the rubble. Far from his beginnings as a clean-cut sheriff, this new version of Rick shows the scars of survival and loss that have shaped him throughout his struggle to survive. The action figure features a bandaged stump on his right arm; long, unkempt hair and beard; and a ragged t-shirt with jeans. This battle-hardened version of Rick also comes heavily armed – ready to stop any threat, whether living or undead. Figure includes hatchet, revolver, shotgun, and rifle. Rick Grimes stands 5-inches tall and features multiple points of articulation.