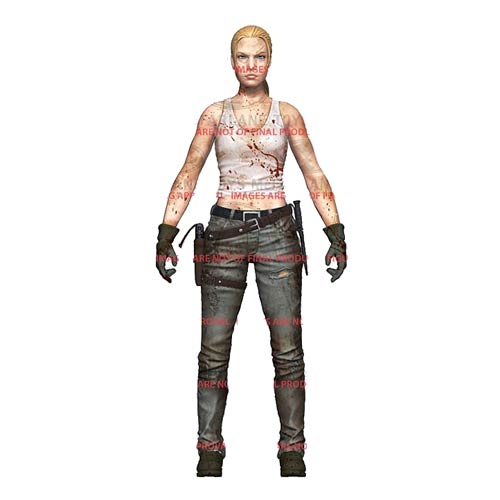 One of the original members of the Atlanta camp, Andrea has grown to become a capable defender of Rick Grimes and his band of survivors. Although she had never fired a gun before, Andrea discovered she had a natural skill with firearms, quickly becoming an expert sharpshooter and defending the group through the scope of a rifle. Like Rick, she has suffered pain and loss, and been left scarred – both with the physical scars of an attack from a knife-wielding serial killer, and the emotional scars of losing her sister and her beloved Dale. This action figure of Andrea features this skilled marksman in her prison aftermath attire of a tank top, torn jeans, and gloves. Figure includes her signature scoped rifle, plus a pistol and a knife for closer-range threats. Andrea stands 5-inches tall and features multiple points of articulation.