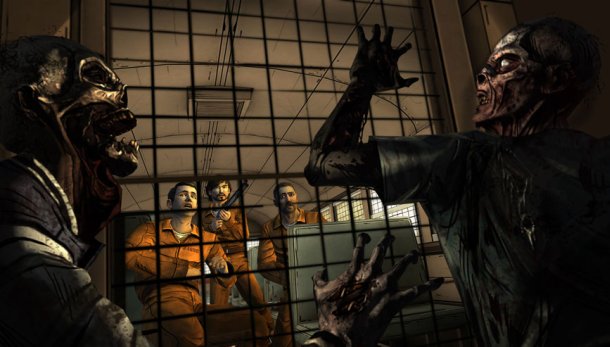 Synopsis: 400 Days is a brand new chapter in the world of The Walking Dead. Although the events of 400 Days take place in the same geographical region as Season 1, this is not Lee or Clem’s story. 400 Days is split over 5 short stories; each presents the apocalypse through the eyes of a different survivor.

Our Thoughts: Over the 4th of July holiday, Telltale Games released their much anticipated DLC, The Walking Dead 400 Days. The game follows new characters throughout the first year and a half of the zombie outbreak. The center point of the story is a Georgia truck stop which each of our playable characters visit during the first 400 days.

Once again we are faced with decisions that made Telltale’s Walking Dead series a winner of multiple industry awards. This time around we are introduced to Shel, Bonnie, Vince, Russell and Wyatt. Each character is doing their best to stay alive and our goal is to make sure that happens.

The controls and gameplay are exactly the same as the first season with timed events when it comes to making choices. The atmospheric comic-book graphics are also the same as the previous series. Consistency is a good thing!

The only problem with The Walking Dead 400 Days is that you don’t get much time to really know the characters. With season one, we had plenty of time with Lee and Clementine so the choices we made were well thought out. In this DLC, it felt as if we didn’t have much of a connection to the characters simply because each episode was about 20 minutes long.

Although the game was short it was worth it. Season Two of TellTale’s The Walking Dead can’t come fast enough.