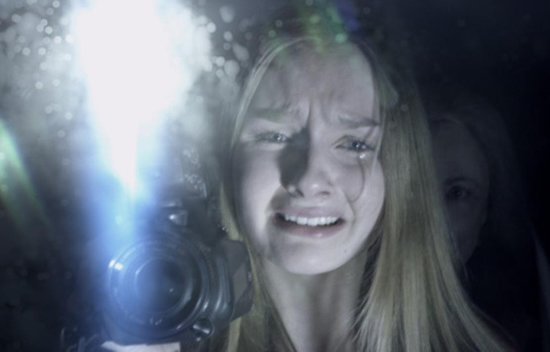 The Visit Review – Grandma’s House Will Never Be the Same

The Visit Review – Grandma’s House Will Never Be the Same

Synopsis: A single mother finds that things in her family’s life go very wrong after her two young children visit their grandparents.

Our thoughts: The Visit from M. Night Shaymalan and Blumhouse productions hit theaters this weekend, and to be honest, I wasn’t quite sure what to expect.  The story is told through the eyes of the grandchildren.  When 15 year old Becca decides to make a documentary along with her 13 year old brother, Tyler, about a week long trip out to Pennsylvania visiting  grandparents they are just meeting for the first time, things go terribly wrong.  I’m not going to give any spoilers away except to say that there are quite a few creepy moments in the film.  Whenever a child is in danger in a horror film, it plays into the most terrifying parts of our psyche.  The Visit does this, but through the eyes of a child.

The standout aspect of the film for me was that the film stayed true to the storytelling.  Kids think the elderly are creepy as it is, but somewhere along the way it turns into sinister. All the way through the movie, all the drama and action unfolding is seen through the eyes of Becca and Tyler. When young Tyler says he understands old people have problems but can’t understand why “grandma turns into Michael Myers after 9:30pm,” that’s when you know it’s really about to hit the fan. Their young teenage point of view also provides for some pretty laughable moments as well.

This movie is not a blood and guts fest, although the last thirty minutes of the film climax and provide enough tension and chaos to keep the audience glued to the seat.  Stellar performances are given by the two  young actors in the film,  Olivia DeJonge and Ed Oxenbould.  All in all The Visit is an eerie thriller packed with drama and humor that won’t disappoint.