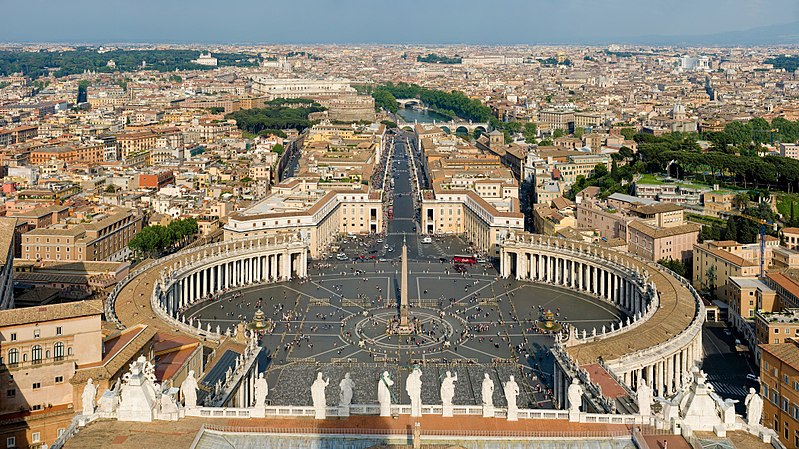 The Vatican will be holding a training course from April 16th to the 21st at the Pontifical Athenaeum Regina Apostolorum in Rome to train religious leaders in exorcisms and the prayer of liberation, which is often used to combat demonic possession. The course will be offered to meet the need for more exorcists.

Both The Guardian and The Telegraph cite an Italian article in Vatican News as the source for the event, and the perspective of some of the event’s guest speakers. The Guardian reports that Fr Benigno Palilla, an exorcist from Sicily, reports that cases of demonic possession have recently tripled on the island. Fr Cesare Truqui, who will be speaking at the event, had this to say to Vatican News:

“The fight against the evil one started at the origin of the world, and is destined to last until the end of the world. But today we are at a stage crucial in history: many Christians no longer believe in [the devil’s] existence, few exorcists are appointed and there are no more young priests willing to learn the doctrine and practice of liberation of souls.”

Truqui trained to be an exorcist under the world-famous Fr. Gabriele Amorth, the subject of William Friedkin’s upcoming documentary, The Devil and Father Amorth. In The Telegraph’s translation of Vatican News’ article, Truqui says that, “in the popular mind, the exorcist is a sort of good wizard who deals with the devil.” While he acknowledges that some cases that are brought to him are not examples of legitimate demonic possession (“I have been asked for help by a girl who requested a long-distance exorcism of her ex-boyfriend who left her. In such cases one tries to give human understanding.”), he does caution that, “the devil is always lying in ambush.”

“Nowhere is immune, not even the Vatican. Satan arrives wherever there are human beings… The number of people ready to make use of wizards, sorcerers, people reading cards and the tarot has increased. That leads to the demon and to possession.”

Vatican News also spoke with Fr Benigno Palilla, who stated that it is crucial for young exorcists to learn from more experienced teachers: “A self-taught exorcist certainly will make mistakes. He needs a period of apprenticeship.”

These news articles and the upcoming course marks a change in protocol for the Vatican when it comes to discussing exorcisms and demonic possession. Religious officials have been notoriously tight-lipped about the existence of exorcists and exorcisms, and Friedkin’s documentary and the course appear to be a response to what Truqi calls, “a stage crucial in history.” Time will tell how this new approach to openly addressing demonic possession and exorcisms will develop over time.

Stay tuned to Horror News Network for more details on news of real-life exorcists as they break!

Linda Blair On ‘The Exorcist’: They Haven’t Asked Me Yet

‘The Exorcist’ Is Written–And It’s A Sequel, Not A Reboot