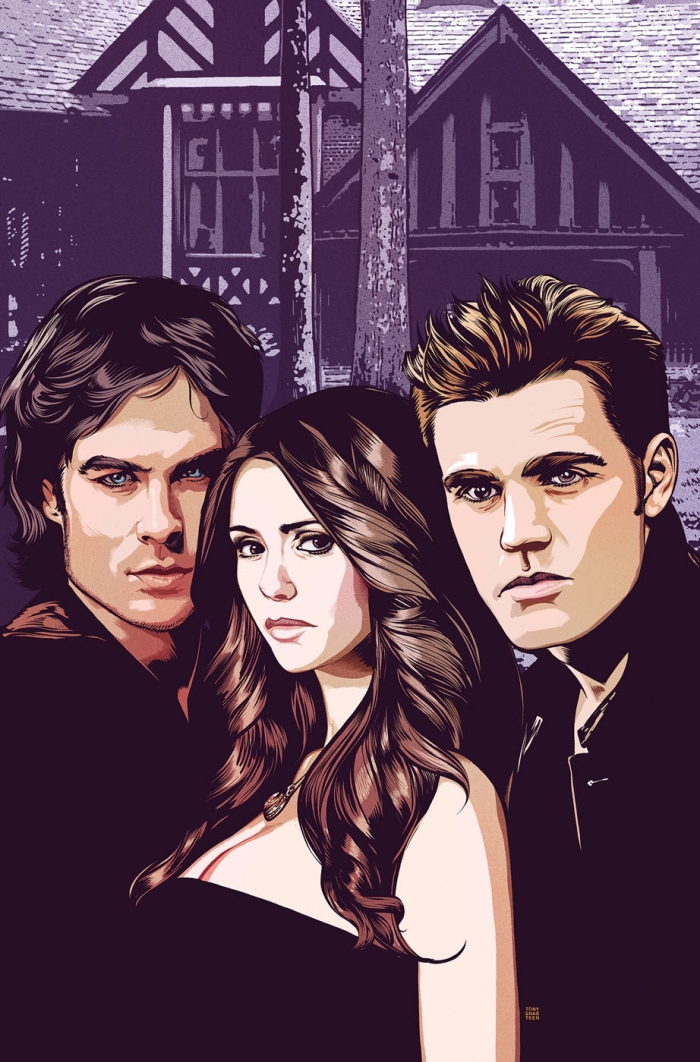 The Vampire Diaries in January

Elena, Stefan and Damon make their comics debut in a new series based on The CW television show! This anthology series will bring some of comics’ greatest talents to Mystic Falls and set them loose to bring the characters to life. Or death. They are vampires, you know.

Written by Colleen Doran and art by Tony Shasteen.

Expected to arrive on January 8.